White House Communications Director for fictional President Josiah Bartlet, Ziegler says he has written two speeches on election night. “I’ve got a speech if he wins. I’ve got a speech if he doesn’t,” he says. Despite apparently legendary poll numbers for Bartlet, Ziegler obsessively insists he won’t “tempt the wrath of whatever from high atop the thing.” Josh Lyman joins the meeting and, upon learning that Deputy White House Communications Director Sam Seaborn has somewhat mocked this, Lyman agrees with Ziegler’s prescription: Seaborn must go outside, turn around three times, and spit. Or curse. We’re not sure which.

I sure am glad I ain’t Toby Ziegler.

I’ve been saying “landslide” for a while now. When I say it out loud to other human beings, sometimes they make that same Toby Ziegler superstitious face, and I prepare for them to insist that I get myself outside to do some sort of skyclad ritual in order to please the whatever from high atop the thing. Don’t get complacent, says they. We can’t be complacent. Complacency. That stuff’s a killer.

And they’re not wrong. Whatever label you stick on your forehead, be it “liberal,” “progressive,” “Democrat,” “socialist,” “radical,” or “Abbie Hoffman,” no, we can’t be complacent. We can never be complacent. But I’m not being complacent. I’m being confident.

My voting plan is to awake early(ish) Saturday morning, the first day for early in-person voting in New York, and to traverse to the local mall that is .25 miles from my home, and to vote. From the looks of the reporting, many other Americans have made and stuck to voting plans around the nation. Look, NPR said so.

There are many reasons I think it’s wise for Democratic voters to shake off the putrid shade of PTSD that afflicts from 2016. This is a different year. It is a different election. Our nominee is running a great campaign. He chose a rock star running mate. Even the polling averages are looking good for Democrats. And the opposition, Impeached Preznit Carnage G. Fuckhead Not A Real Billionaire, keeps finding and triggering all the shit-packed frog-mines in his path. (I have many other reasons but am trying to write succinctly.)

Of course don’t be complacent. But please, find some confidence to wear in your hat. Stow at least some of that dread and loathing under your seat. Like my man James Carville used to say, we’re right. They’re wrong. And if Impeached Dear Leader Dances Like Elaine Benes has been good for something, he’s been good at demonstrating just how right we are. People are aware. And they are showing up. 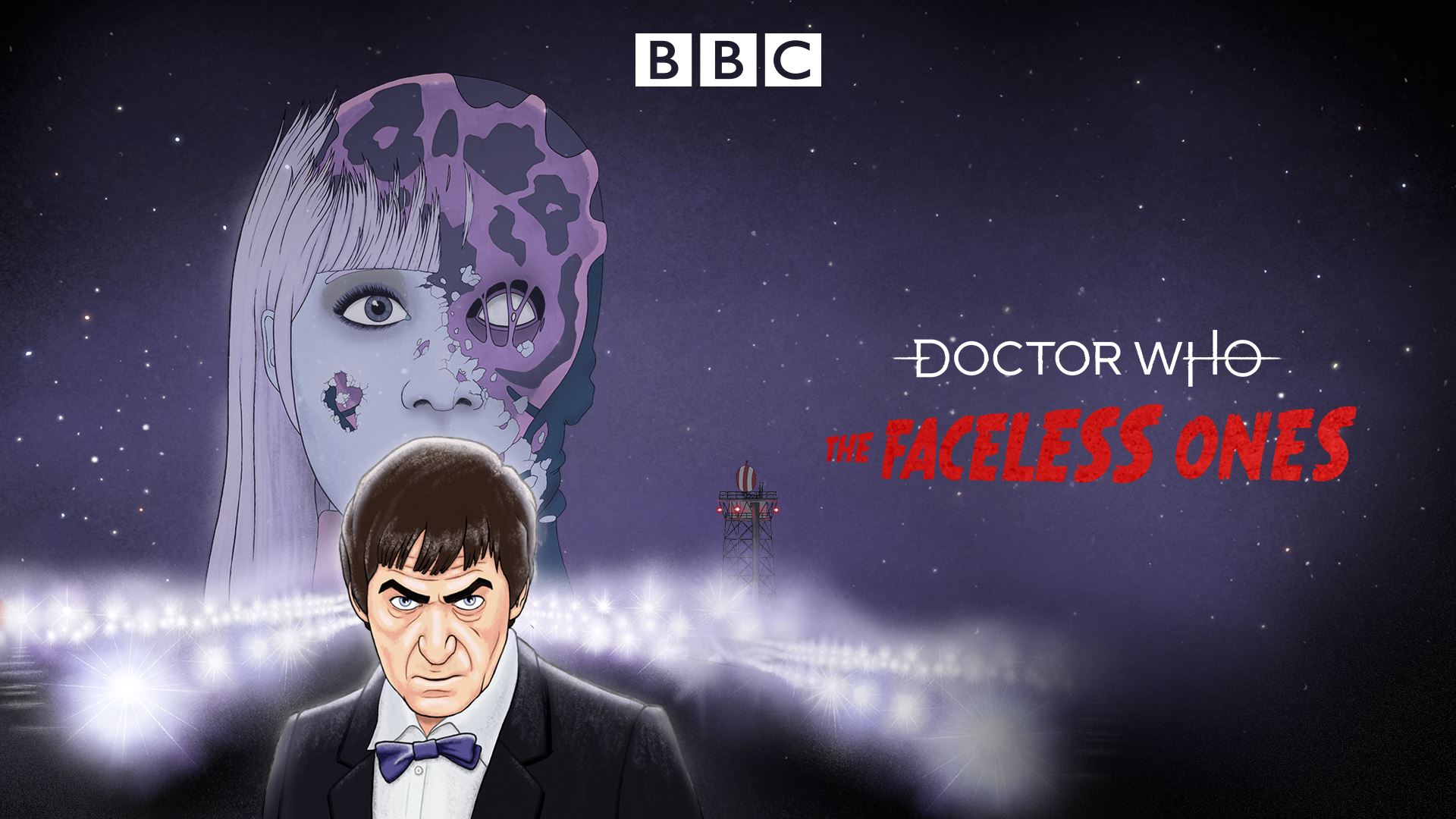 On Wednesdays we wear pink.

Also: The Comey Rule on Showtime. (Not to mention, 1 p.m. eastern is Texas – Pittsburgh, on WROC FTW.) 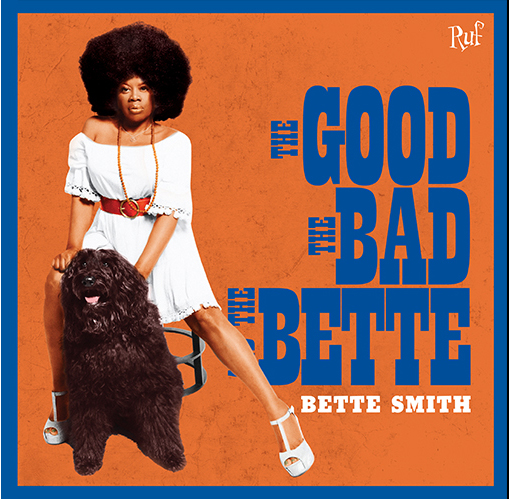 The child literacy researcher who really put dyslexia on the pam.

At age 52, I am just now understanding the utility of non-chlorine bleach. That, I think, is called “growth.”

That was a nice birthday. It started with a nice dinner at the farm with my dear old dad and rebel girl mom, with bumpka stew as the meal, and it was delicious. The next day, I made the 3-hour drive to my own little Star’s Hollow for a visit with mom and my lake. As previously noted, they are doing this thing decorating street signs that’s pretty neat. Next week is some sort of arts even there, and the artists will stand by their works throughout lakeside for a little tour. I told you this place is like Star’s Hollow.

A lot of weird tech things happened while I was there. The local network at the house was interrupted, so we had to reset the Tivo and replace the remote batteries. I set up mom’s classic JVC tuner downstairs so she can blast her Norah Jones CDs. I cannot begin to tell you how beautiful this equipment is. I’ve harangued her for years after she once casually mentioned that maybe she’d be getting rid of this beautiful-sounding tuner. “Don’t you dare,” I’d bark. “That tuner is my true inheritance.” Now, it can provide tunes at the lakehouse. A good use for it indeed.

I also got my oil changed and cleaned up the sidebar of this blog. Much tidier ===>

I had to reset the smart plug, an hour of work just so I can tell Alexa to turn off a light. Worth it.

And, Apple Music on my Mac stopped recognizing my iPad. That one took me the better part of the day before I finally concluded it was a trust issue that could be addressed in the “location” area in the finder sidebar. I am pleased to not have to call Apple help for the first time in my life.

Other challenges of this trip: Can’t hug Mom. Can’t really go out to do much. Can’t eat at restaurants. Despite these, the trip was refreshing and, I think, necessary. I have brought a bit of lake air back with me. I can still smell it; I can still feel it. And it lightens me a little. 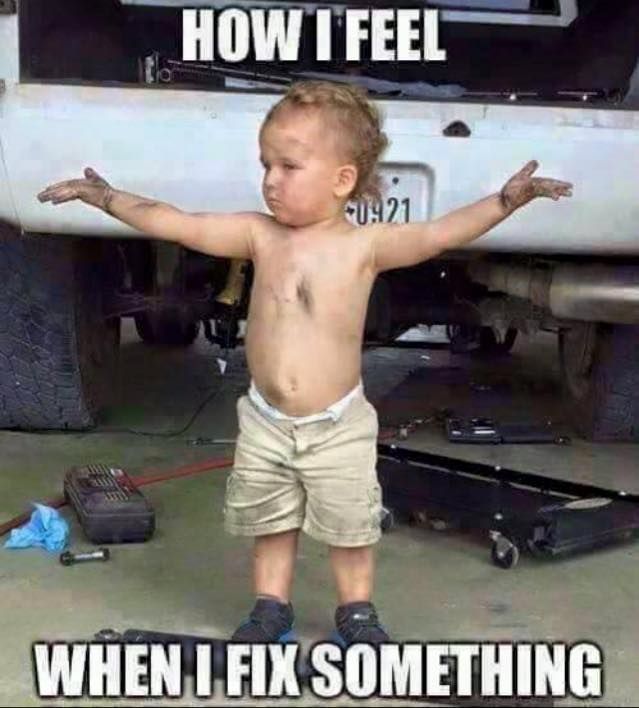 I know you all were clamoring to read you some 8WK news at about 1 a.m.

Too bad if you were. I couldn’t even reach my sites, not one of them. Darned frustrating, too, as I had just spent the previous hour setting up an Amazon tap to the new network, then setting up a TP-Link smart plug as well. Then I got online and found that I could not even reach my regular home page, nor my Wiki, nor this very useful website.

Dreamhost is pretty good at letting you know when something’s up. The status from around that time: “Our Operations teams are currently investigating connectivity issues which indicate an issue related to our name servers. We will provide updated information as it becomes available.”

Here I was fixing to blame the local ISP. It turns out my Web host had a DNS connectivity issue.

Here in Edinboro, Pa., when I was a kid, street signs were these four-foot-tall white concrete monoliths with the street names in black lettering. I reckon they thought that was a rustic little touch to Lakeside. At some point, though, this borough had to put up real street signs, probably at the behest of PENNDOT or some other crazy liberal big-government nonsense.

These days though when you’re walking around Lakeside, you notice that these posts seem a bit more colorful. It seems the fad now is to paint the things. Here’s one I made a picture of yesterday while Mom and I were out for a typical lake walk. 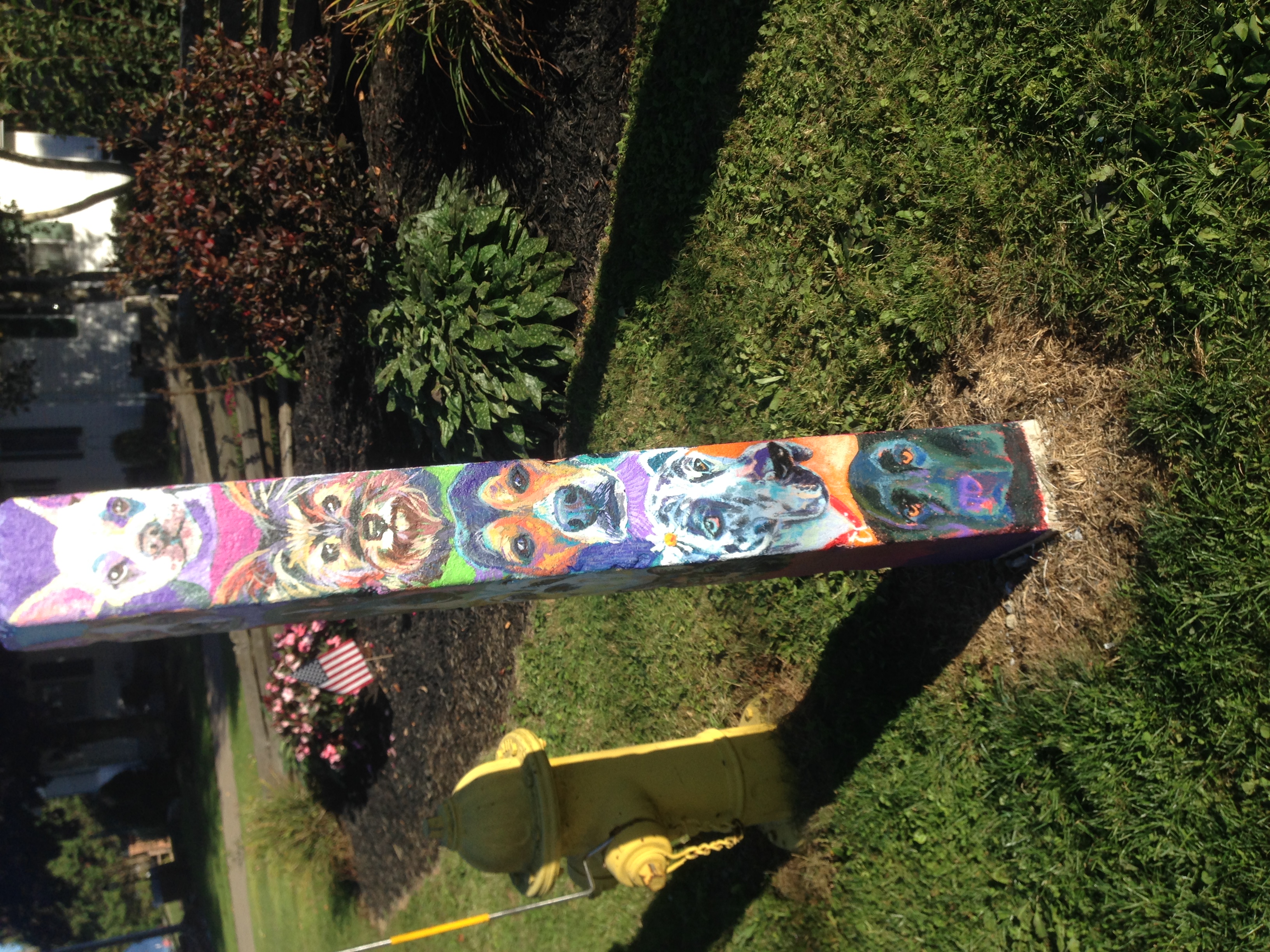 Of course it is dog-themed. I think Edinboro has more dogs than people.

Anyway, here’s the scoop on all the post painting. Edinboro is like that, community-minded and crafty. I noticed as we walked yesterday that it’s also a good excuse for neighbors to have some new conversations.

This, of course, while maintaining a healthy six-foot distance.

It feels pretty good after six months in maintaining a comfort bubble within Monroe County, New York, to bust out and finally send a little time at my lake. I am right now this morning watching the most screamy children I’ve ever witnessed play at the playground across the street. Beyond that in my eyeshot is the pretty, spring-fed lake that draws people here, a little choppy this morning. Mom and I are having a nice, albeit socially distanced, visit. I had to have her watch my favorite new whodunnit Knives Out last night, and I think it was a hit. I liked it better the second time around; that is a good movie.

There is even less to do here than usual. Many antique shops are open by appointment only, the campus is sparsely populated, and we are still not as lulled as a Trump fan that sidling up to the bar at the Edinboro Hotel is a great idea. But it sure is pretty. And we have these new decorated posts to look at.