Republicans are lying to you about Roe (Salon)

Hello, My Name Is

Because it’s Good Friday ya bastids. And chag sameach ya bastids too.

Yeah, I didn’t need that little shelf under my phonograph anyway. 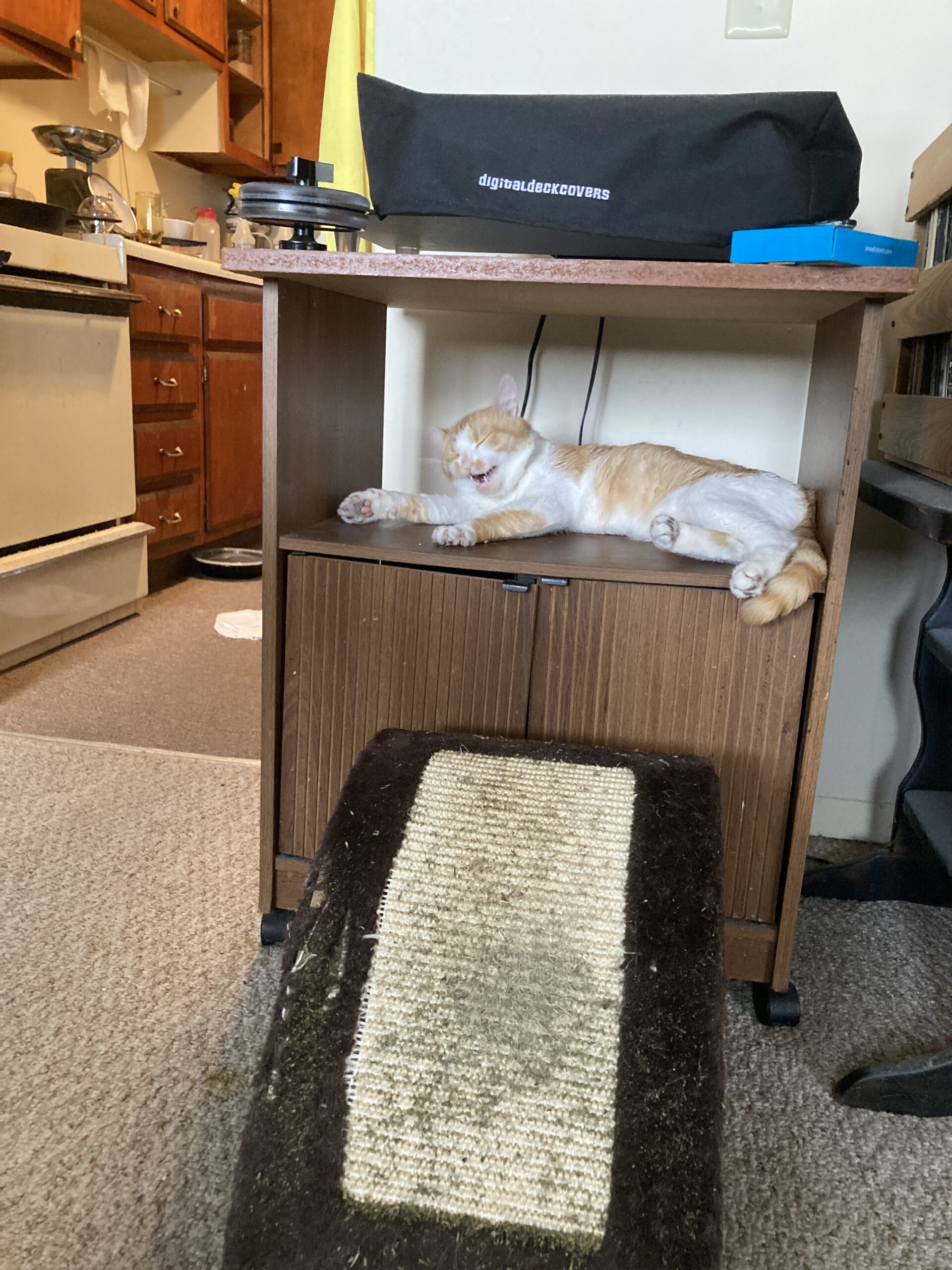 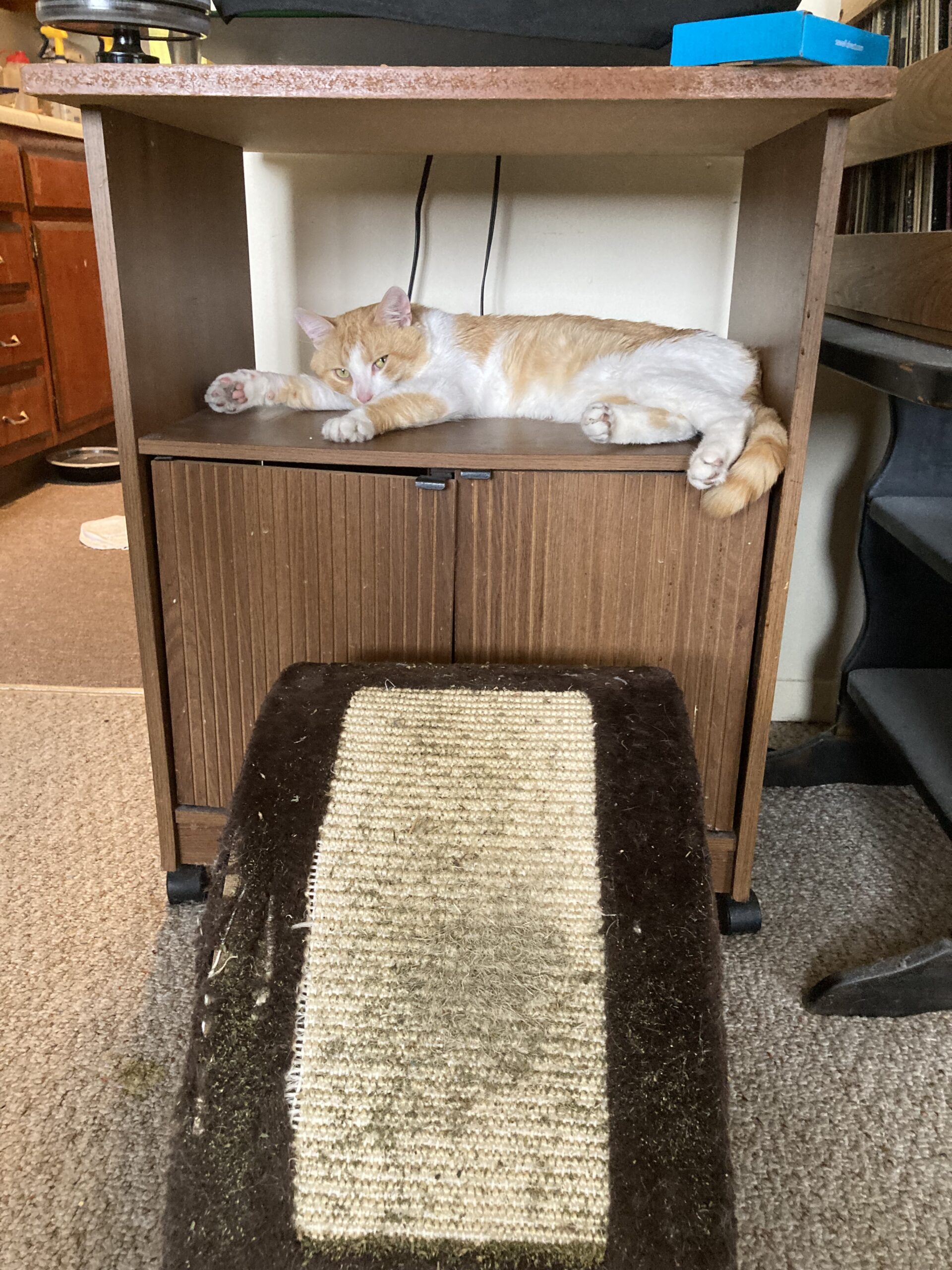 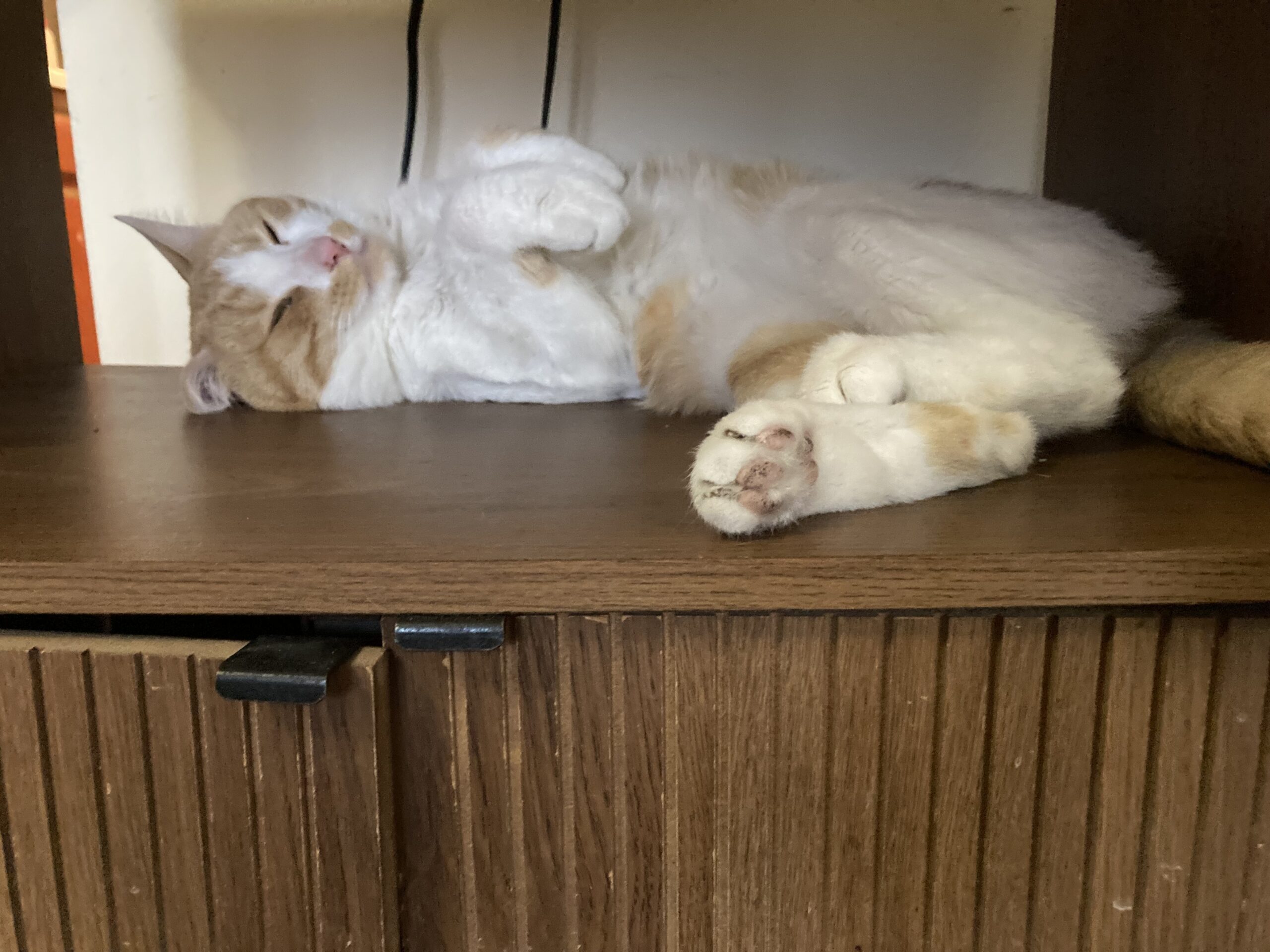 It’s been touch and go with new kitteh, I can’t lie.

The barfing. The barfing. Holy cow, the barfing. Sunday it was barfing then withdrawing to under the bed. Kitteh was not doing well. Dad and Hick were nice enough to deliver some of the food he’d been used to, but even after that, there was barfing.

Now there was barfing last night too, but it was different barfing. I don’t need to go into the details, but I think the initial barfing was from stress, stress because some moron shoved him into a box Saturday and drove him across town. I think last night’s barfing was because I earnestly offered him too many food choices and he gorged a bit. I’m saying the barf was different. Also last night, no hiding, and in fact he was back at the bowl immediately after. He’s getting settled. And where Sunday I was confessing to my Mom on the phone that I wasn’t sure getting kitteh had been a good idea, today I’m feeling pretty confident about it.

We had a good day yesterday, even if the Tar Heels did blow a 16-point lead at the half to lose to Kansas.

The weirdest part is when I come out to greet him and I can’t find him. He’s always finding new places to perch. Here’s today’s. 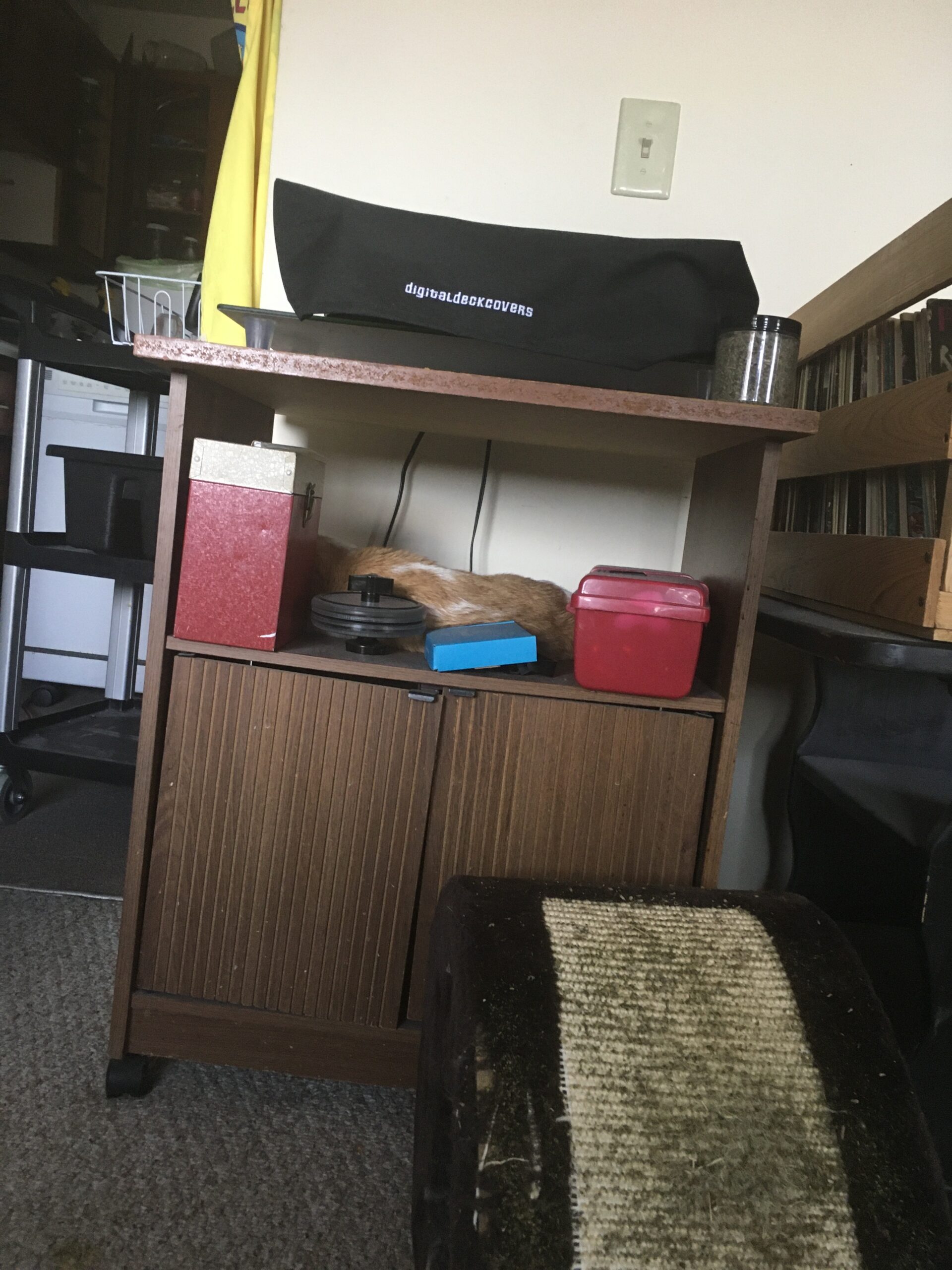 This “I know I had a cat last time I came out here” stuff is the most bizarre part of my nascent guardianship. But it is what it is.

And yes, kitteh’s full name has been updated. He is officially Henry the Love Sponge (thanks, Bubba). Anyone who’s met him will agree that it suits. 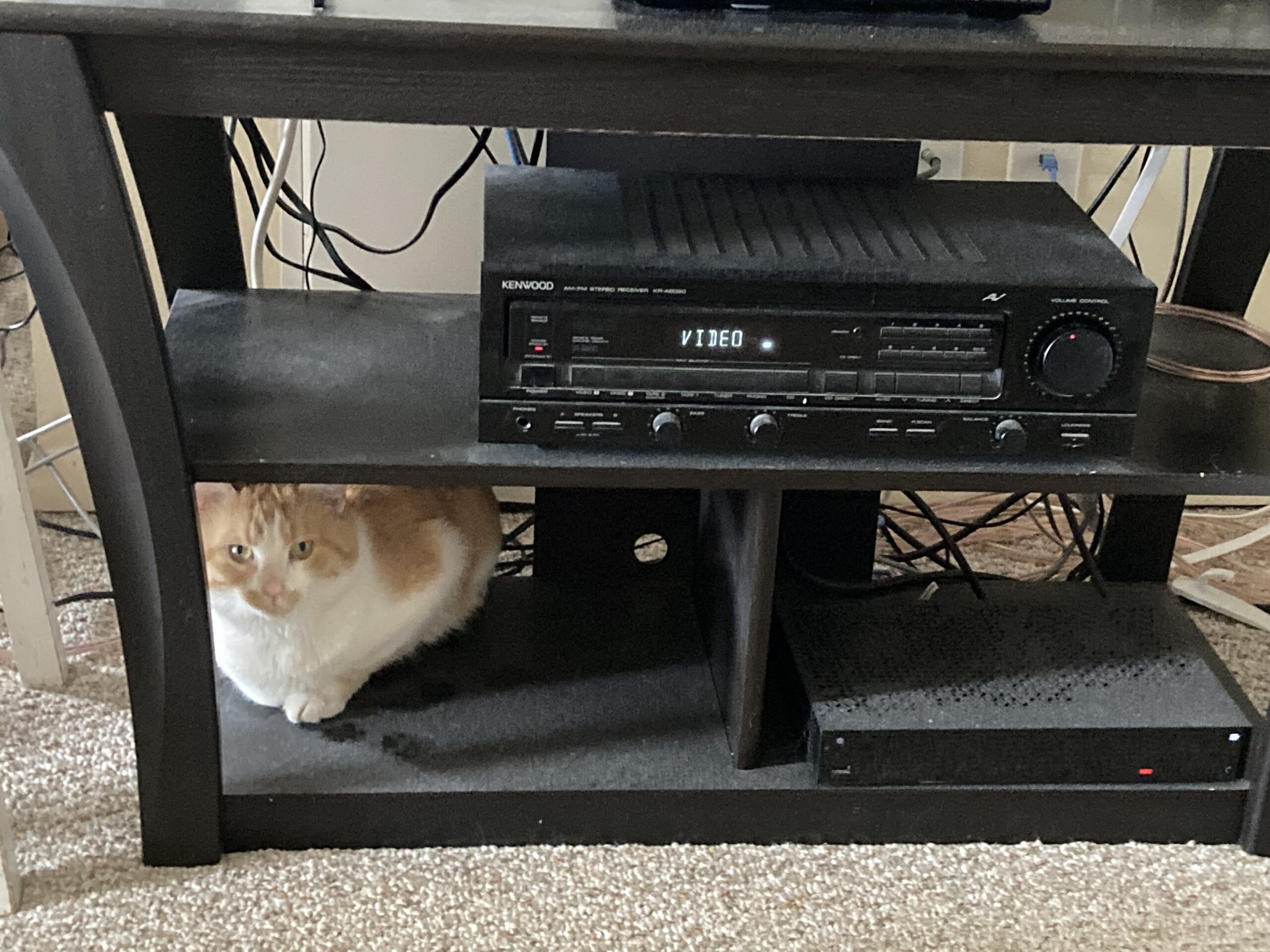 So today I became a Cat Daddy.

A few weeks ago, a little blondie short-hair kitteh walked into the office where my Dad’s wife works. This of course happened shortly after their sweet purrer of a kitteh Anna met an untimely end under the wheels of a speeding automobile. Cats are kind of magic like this. This guy walked into our lives right after we lost one we’d loved and cared after for decades.

So the Farm had its last cat standing, the black-as-night kitteh appropriately named “Blackie.” Then this one walked in and roamed all over the warehouse and wouldn’t sit still for anyone until he walked up to Hick. But their place is more a dog place than a cat place, and the dogs tend to view the felines as toys. And frankly, my folks were kind of looking to retire from the cat-rearing business. So conversations began about old Henry, as she had dubbed him, becoming an apartment dweller.

I’ll be honest, I was inclined to demur. It’s quite a lot to take on, and I’ve been used to a solitary lifestyle for a long, long time. But then I met said kitteh. He’s extremely affectionate. He likes to rub on your legs. He likes to sit next to a person on the sofa and purr. He does NOT like being picked up, or as I think of it, he has a strong sense of bodily autonomy. But there’s a personality to this guy. He’s just lovey.

So it came to today that I found myself driving home from the farm with a meowing, struggling cat in a cat carrier. It’s about a 25-minute drive I’d say, and I was talking to him the whole trip because he did not enjoy being in the box. But the whole time, I told him my concept, that once he arrived at my little one-bedroom apartment, he’d see it as an improvement. That while somewhat short on square-footage, my place, he would be lord of the joint, no bullying dogs, no competing cats, and there would likely be cat trees to climb in his future.

And once I freed him, he seemed pleased to be out of the box. He spent about an hour wandering, rubbing his cheeks on everything. He discovered the windows. He found his litter box (praise be). I eventually got him to eat a little kibble, though I am presenting him with both dry and wet food choices as we go (he came in a bit underweight). 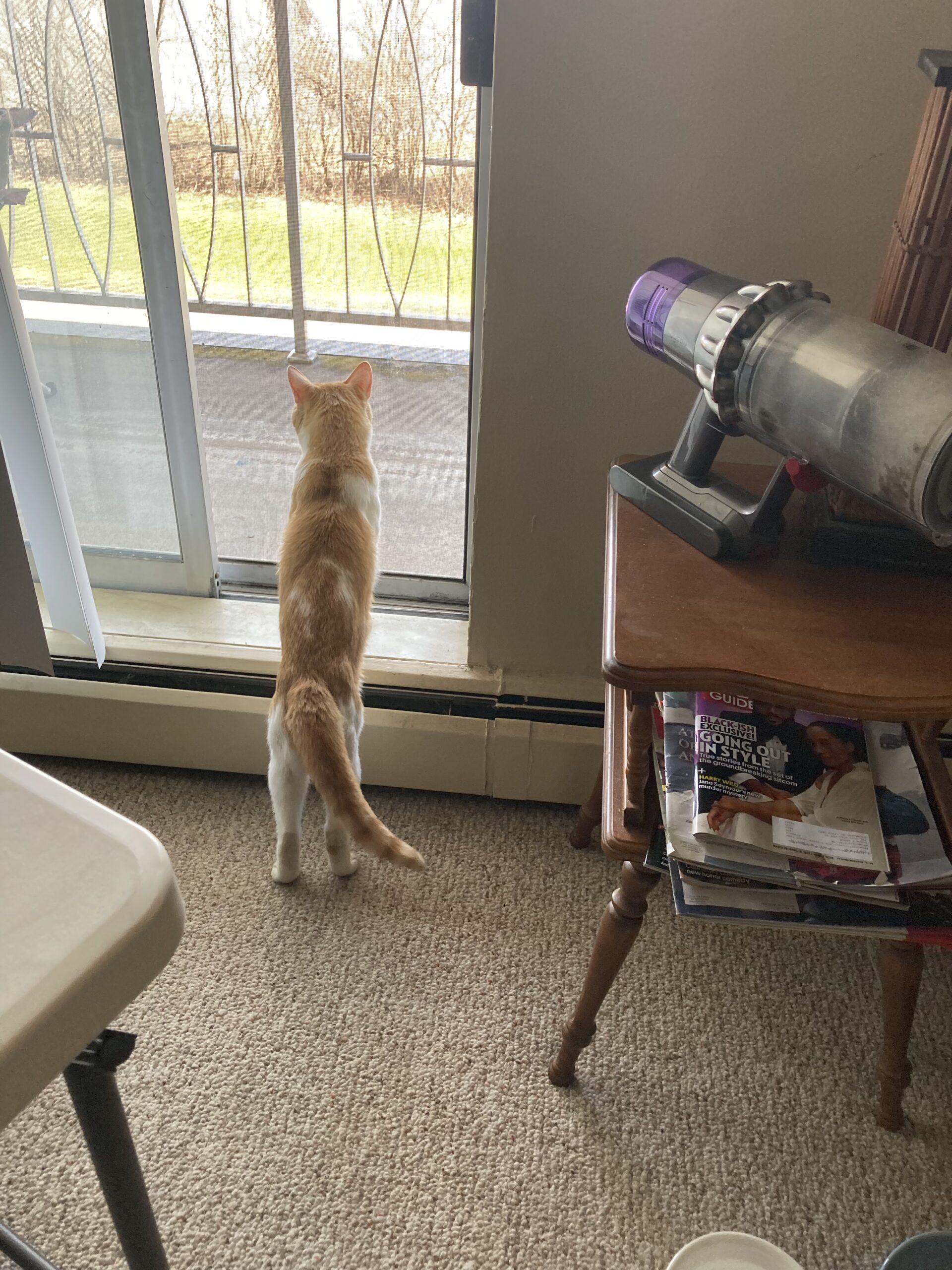 I’m a bit apprehensive about it and have been. I enjoy cats, but being one’s guardian (yes, I watch Jackson Galaxy a lot, but Galaxy’s language is spot-on because, let’s face it, nobody has ever owned a cat) is a lot. Life-changing, really. Not to mention, he’s much more of an energetic kitteh than I had previously thought. 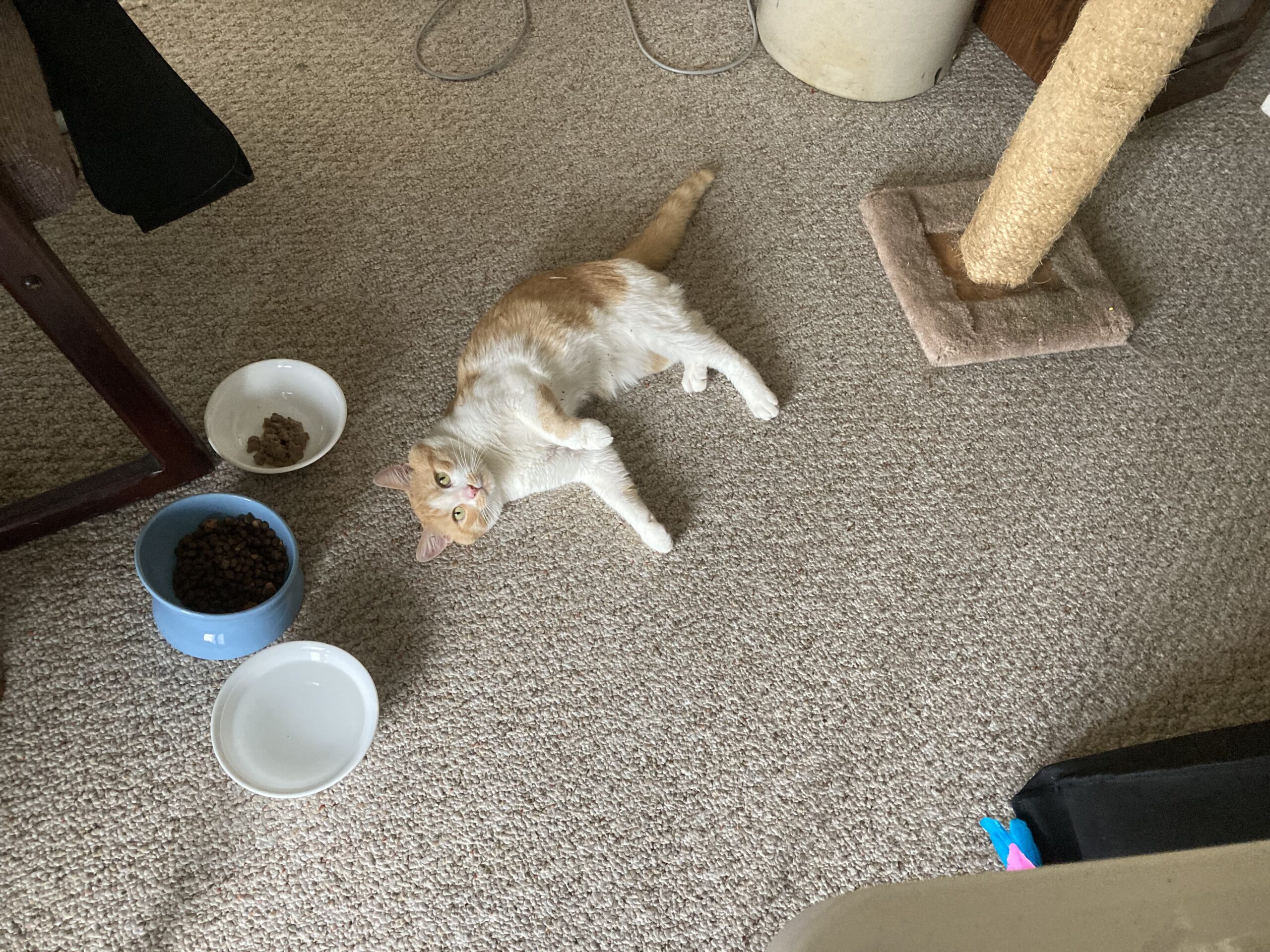 As I write this, he’s watching out the window as if he’s watching American Idol. He’s got a lot in store; a vet visit later in the month, then later a snip-snip and shots.

Warning: This blog may soon become somewhat more of a cat blog. My apologies, but there is not much I can do

I mean, lookit him. 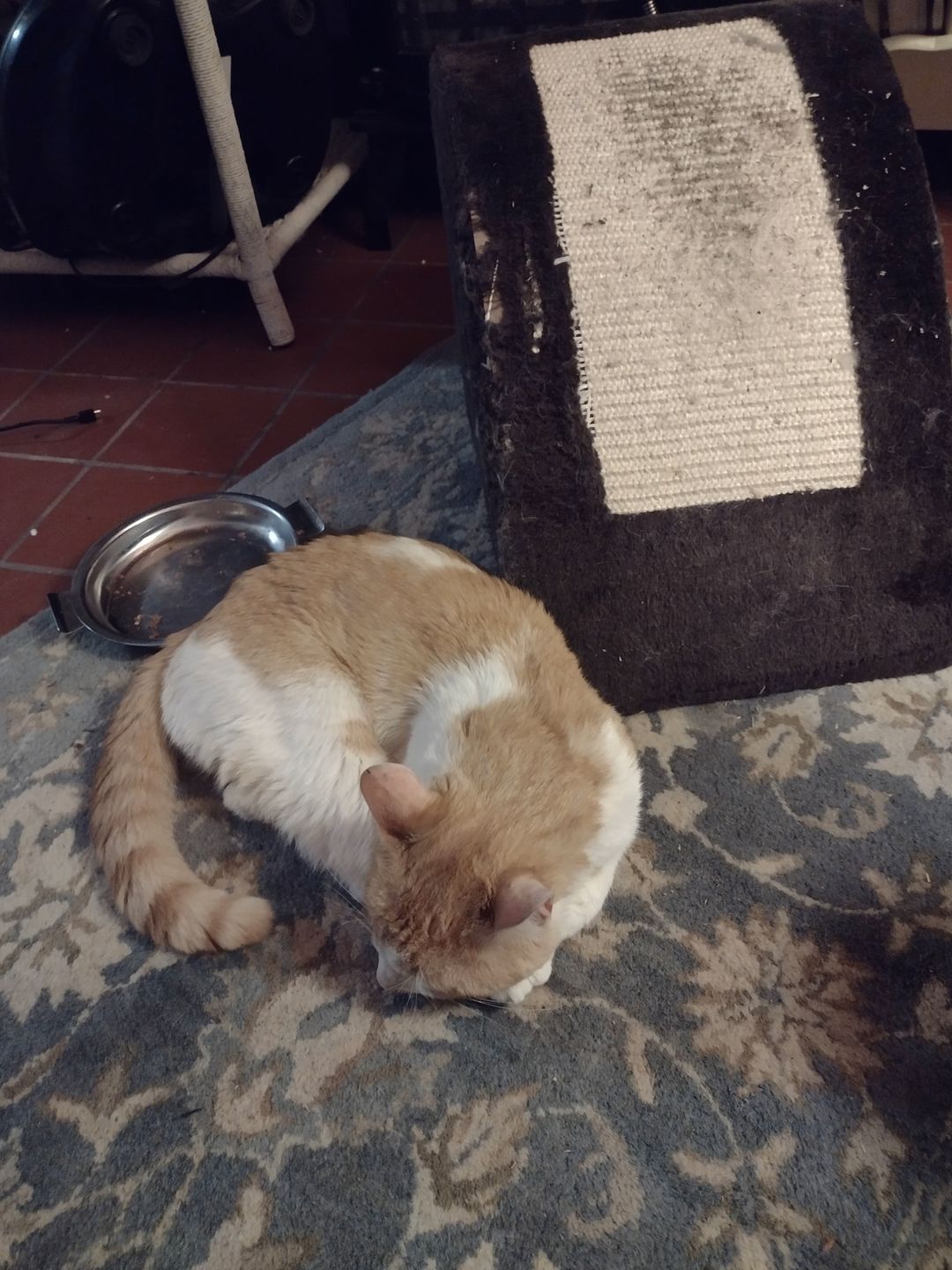 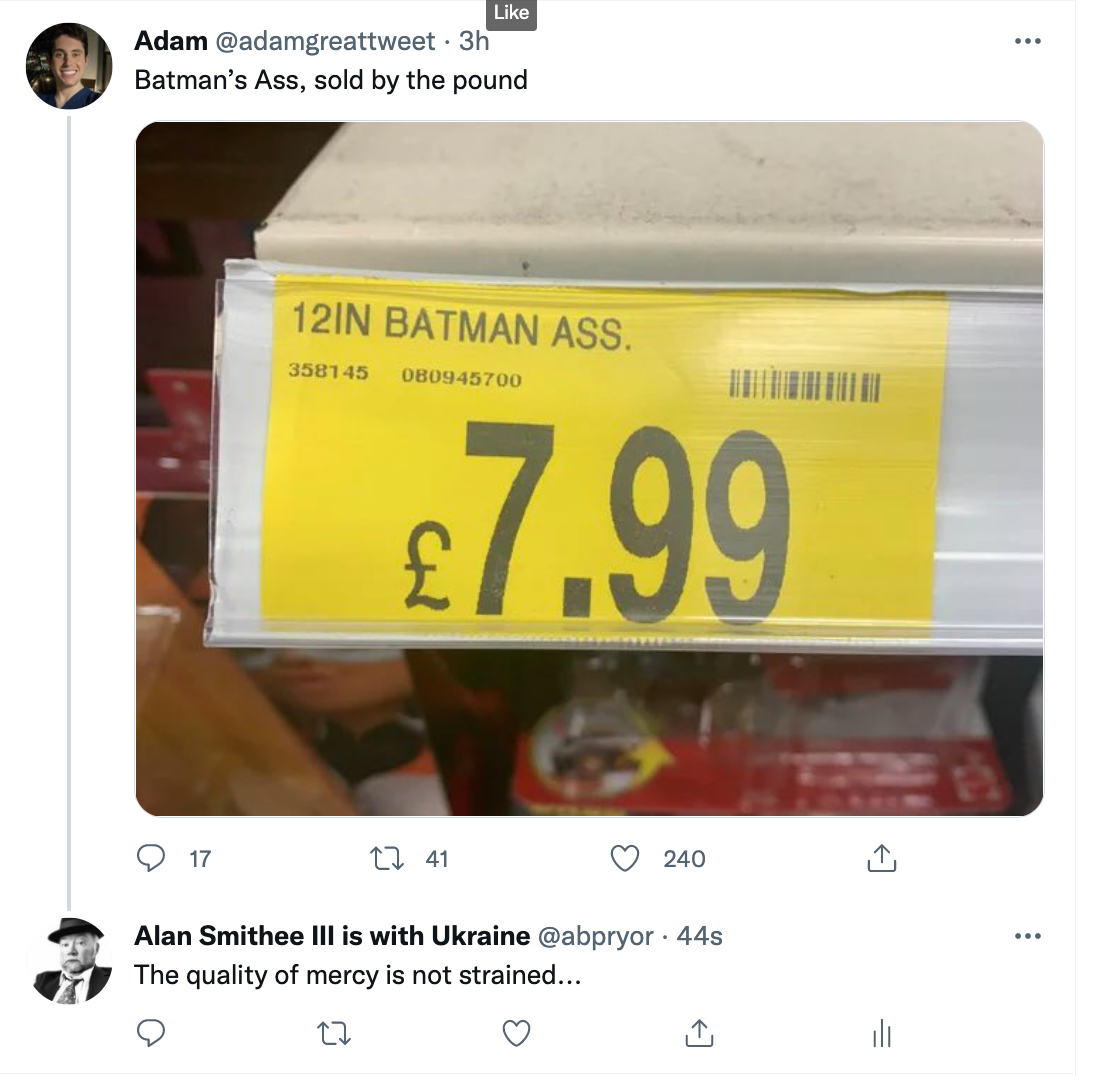