That head was a meatloaf.

Beer, for lack of a better word, is good. Beer is right. Beer works. Beer clarifies, cuts through, and captures, the essence of the evolutionary spirit. Beer, in all of its forms; beer for life, for money, for love, knowledge, has marked the upward surge of mankind and beer, you mark my words, will not only save Teldar Paper, but that other malfunctioning corporation called the U.S.A.

According to witness accounts, Doster’s behavior took place while a 19-month old neighbor boy was playing in his yard with his mother.

By the way, if there are any bands out there looking for a really cool name, may I suggest “Vicarious Sexual Gratification?”

On Oct. 8, 1993, many Americans were introduced rather uncerimoniously to a longstanding tradition known as the Friars Club roast. On that evening, actor Ted Danson took the stage in blackface—during a roast of his then presumed sweetie, Whoopi Goldberg. It caused a firestorm of controversy, though Goldberg herself had written much of the bit and fiercely defended the performance and Danson.

Through that incident, many Americans have been made aware of a fierce brand of comedy that sometimes toys with racism to be funny. It’s there. You can argue that it shouldn’t be or that people should grow a spine over it, but it’s there.

You just gotta be careful if you choose to go and use it. Michael Richards, eh, not so careful.

The whole thing makes you wonder, when the heck are white people are going to get the message once and for all, that it becomes less and less cool every day to insult a man for his complexion, and that it is especially not cool if you do it by using that word. Dear white people: You no longer own, or even lease, that word. You are not to use it, period. Not with the “ah” at the end and certainly not with the “r” at the end. Just for good measure, let’s avoid “niggardly,” too. I know doing so patronizes the masses and kills a perfectly good adjective, but “miserly” works just as well and has just as many syllables.

On the other hand.

I’ve never done standup. I’ve come close. You know. Karaoke. And I’ve threatened to do standup at Dremo’s. But I haven’t. So I can’t imagine what that feels like, to know that you’re drowning up there and to hear affirmation of that screamed at you by those who have ostensibly shown up and paid to see you do this. It must be infuriating. It must be very tempting to go there, to venture into the living room and to come out with something awful, something about hanging one upside down and shoving forks in places, and then to go that one step further, as did Michael Richards.

I’d like America to give Richards a pass, only because I think we owe him one. For years, the man entertained you and you and you with his mugging and his pratfalls, sometimes to the point of making you think, how did he DO that?. It was unprofessional and foolish of him to go there, certainly. Wrong place wrong time, and worst of all, it wasn’t funny. But, foogit. He’s Kramer. Cosmos Kramer. Give break. Right?

There is REALLY something wrong with that.

But what if I don’t WANT the cinnastix?

I laugh out loud at those Staples commercials where the company has, as a cost-cutting measure, only managed to invest in one pen. I laugh because it’s not so damned far-off from some of the things that I’ve seen.

I worked for a guy who one day became incredibly concerned that his employees were going through too many paper towels. For three days straight, this industry mover and shaker came out to the office and started interrogating our receptionist about the paper towels.

“Well, do you think the cleaning staff is using them for cleaning?”
“I don’t know, Mr. Belding*.”
(frustrated pause)
“I swear, I just can’t figure out where all our paper towels are going to!”

His eventual solution to the problem was to stop providing paper towels in the bathroom. This lasted for a few days. Hopefully, somebody eventually explained to him that, if you discourage people from washing their hands, you are actually creating a health issue in your office. I haven’t reviewed the regulations, but I’m sure that OSHA would have had something to say about it.

This is why I insist that capitalism is a wonderful system but has a fatal flaw. My boss was spending more time squinting at his bottom line than he was realizing how ridiculous his nickel-and-diming was. This was a cat who spent thousands and thousands of dollars every week on newsprint, and the cat was bent out of shape about paper towel use in the office. I think this is where one could appropriately use the word “Dayum.”

So don’t go thinking that these Staples commercials are far off. They aren’t.

*Mr. Kirkland’s name has been changed in this example to “Mr. Belding” to protect his anonymity. 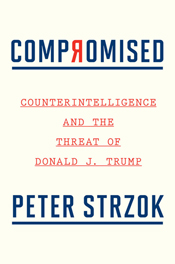