Let me get this straight. The Preznit of these Untied States just repeated the argument–an argument he has made previously–in public, in front of television cameras, that the Attorney General of these Untied States should have given him warning before accepting the job that he would recuse himself from matters relating to Russia; that HAD TRUMP KNOWN BEFORE that Sessions’ actions would lead to the appointment of a special prosecutor, he would not have hired him in the first place? This is his * defense * ? This is his defense * against charges that he has obstructed justice * ?

Scorched-Earth Politics: Bernie Sanders and the Dishonest Campaign that Gave Us Trump

Case in point, from an in-progress timeline project of mine:

At this point, Clinton has won 2,310 delegates, 73 delegates shy of the nomination. Sanders trails her by more than 700 delegates.

Sanders marks the occasion by shitting all over the Democratic Party.

“The message to the Democratic leadership is that if the Democratic Party is to be the party of working people and young people and the middle class, they’ve got to open up the doors,” said Sanders, noting the strong support he’s received from young adults. “You are the future of this country … and the Democratic Party has got to be a party that is more than its candidates going to wealthy peoples’ homes to raise outrageous sums of money.”

However, I have struck upon a more crystalized argument for the Democrats to steer away from Sanders and independents in general: Sanders, and independents generally, are uniquely motivated to strong-arm state parties away from closed primaries.

Here’s what Sanders had to say about our closed primary in New York in April 2016:

“Today, three million people in the state of New York who are Independents have lost their right to vote in the Democratic and Republican primaries,” Mr. Sanders said standing alongside Mr. Cantalupo. “That’s wrong. You’re paying for this election. It’s administered by the state. You have a right to vote. That’s a very unfortunate thing which I hope will change.”

Such nonsense. Those voters didn’t lose any rights. They chose not to register with their candidate’s party in a state that regularly holds closed primaries.

Here he is in May, buoyed by an upset in Indiana (despite this win on May 3, Sanders is trailing by 300 pledged delegates, and only four more contests would include independent voters):

“More and more people are independents, and I think it makes no sense for the Democrats to say to those people, ‘You can’t help us.’ For Democrats to do well in a national election, they’re going to need a lot of independents and I would not think it’s a good idea to push those people away.”

Who is pushing any voters away? My Granny G was never a Republican, but she registered as one for years so she could vote for her local school board. If your candidate is running as a Democrat and you know your state has closed primaries, perhaps you should march over to the Board of Elections and alter your party affiliation for a while, hmmmmm?

So strongly did Sanders feel about closed primaries that he included it in the list of demands he was carting under his arm to Philadelphia. But, as this Real Clear Politics piece underscores, closed primaries were not likely Sanders’ most consequential problem.

Though he sure did squawk about it a lot.

I like closed primaries. It’s one thing I like about living in New York. I like the assurance that a bunch of Republigoats aren’t going to come in to my primary and vote in Daniel Carver to run as the nominee. So I am not fond of hearing from a national candidate for preznit that he wants to tell my state it’s wrong for how it runs its elections. But when you run an independent as a Democrat, that is inevitable.

And all that was accomplished by Sanders making that argument was to throw more shade onto the process itself–shade that, for the record, stuck around for the general and helped President Moron get elected.

In Other News
“In Watergate, they said the coverup was worse than the crime. In this ONE, it feels like the coverup WON’T STOP!” (Rachel Maddow)

I, for one, will be voting Barnhart. [[ Update: No, you won’t. You moved to Henrietta, dummy! Only a Reform Party primary here! ]]

Rachel Barnhart. Longtime TV news reporter. As such, she has quite the truth-telling instinct. I was lukewarm on her at first; I was not mad about her performance in running for state Assembly. But then, around July, she made this point.

Was there a party at the convention center that was maybe a bit lavish and exclusive?

Barnhart since has made a rep as a tough cookie. She’s directly questioned Warren’s handling of campaign funds. She made an issue of what she saw as special interest handling when it came to courting ride-app companies like Uber (and I’m for any resistance to the shared economy).

One issue of hers I think is vital is her proposal to roundly expand child care in Rochester.

I know. Aaron. What do you give a darn about child care?

So last year I went into the closing Macy’s department store for a depressing little walk. They were selling the bare bones stuff, I mean store fixtures and rugs, basically. It was a chaotic mess. The lights were not the usual bright friendly ones you get when you walk in to such a place. There were barely any display shelves to guide foot traffic, so people sort of lunged around however they liked. There were a bunch of pieces off to the side with big sloppy “SOLD” signs on them in red sharpie. It was scary. I was scared.

Imagine that. You’re so in need of work hours that you’ve volunteered for the lights-out brigade, and it’s just you behind a nearly empty counter in all that cannibalistic chaos, and on top of all that, you have to mind your energetic, yet understandably bored, young son.

That is a Mom who is struggling. And if part of a local government’s basic job isn’t to try to lighten a struggling Mom’s load, then I’m Prince and the Revolution.

Yeah. It takes a friggin’ village.

Barnhart leads with this issue, not to mention the notion that access to the Internet should be a public utility rather than a monopoly. And she scowls at the notion of a Broadway-sized mess on Parcel 5 (LET’S GO SEE ‘CATS’ AGAIN, said your average downtown resident, never).

Besides. I’ve been a reporter. I know how well a reporter understands municipal governments and the sadly necessary politics. The Warren camp has taken a last-minute swipe at Barnhart’s experience. Ridiculous. She has plenty.

This was the largest audience to ever witness a resignation— period — both in person and around the globe.

I like a dot of Honest Amish Beard Balm for the mustache, but my chin whiskers are getting John Masters Organics Pomegranate Facial Nourishing Oil. It’s not even beard oil officially but I don’t care because it smell nice and softens wonderfully.

A little dab will do ya

“What I think is most poisonous in our politics now–it’s not necessarily partisan conflict, we’ve always had a version of that throughout our history–it’s the distrust in our governing institutions. It’s the word ‘rigged,’ which now both parties are invested in. I think that is the worst word in American public culture.” (Rich Lowry, Editor, National Review, on Meet the Press, July 9, 2017) 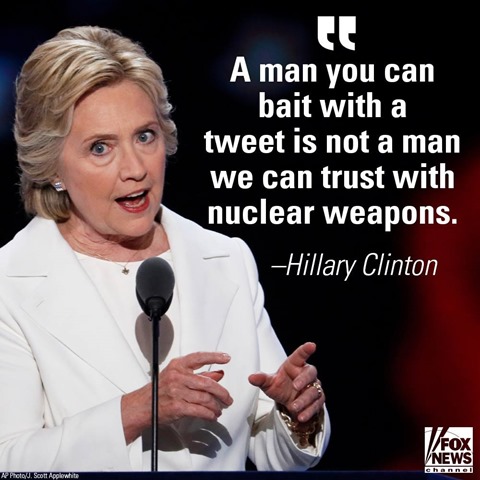 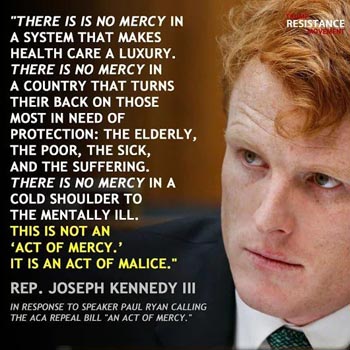 The appearance has made waves for Sanders’ sharp-shooting contribution to the circular firing squad now occurring in large part due to the Democrats’ failure to win a special election in Alpharetta and Marietta, Georgia. Democrats are slapping their own heads over this like Crazy Eyes on OITNB due to the loss due in large part to the obscene amounts of money both sides poured into the contest.

Ohio Congressman Tim Ryan has taken to blaming Speaker Nancy Pelosi and calling for her head. Also in a CNN interview, Ryan said: “The brand is just bad. I don’t think people in the beltway are realizing just how toxic the Democratic Party brand is in so many parts of the country.”

I first resent this term “brand” being brought into play in discussing the Democratic Party. We are not selling soap. There is no need to bend like thistles to this corporate language being used to blithely discuss one of the most vital policy-making organizations in the United States. It’s not a brand. I am surprised at Sanders for getting into the trenches and succumbing to this troublesome framing.

I think this anguished self-flagelation on the part of Democrats is boring. But when it comes from the guy who ran behind the Democratic gonfalon as an “independent,” I think with the then-naiive blessing of the Democratic Party, it is downright troublesome. Bernie Sanders stayed in the 2016 race too long and became left channel to Trump’s right channel to create an assertion in stereo that the “system is rigged,” and this precisely at the most crucial moments in that crucial campaign when the best outcome for progressives would have been to have elected the Democratic nominee.

The Democratic “brand” is just fine, bro. Though I think it could use just a little less of you.

So many things. Let’s start with this.

This is a training week at work. As such, one’s eyes wander, and mine today noticed the following sign on a co-worker’s cubicle:

I keep seeing articles on the Interwebs like this one at Vox saying, essentially, oh no, Mr. Bill, the Republicans are finally going to destroy the Affordable Care Act. Look out.

Here’s the thing, kids. They already have.

See, President Obama understood a fundamental thing about health care reform in these Untied States. He understood fundamentally that legislation alone was not enough to affect reform. He understood that the legislation would only be effective as the policy it manifested. “Obamacare” understood, for example, that you can’t demand that insurance companies stop screwing with people with “pre-existing” conditions unless the policy worked to make the pool larger, and that the only way to do that was to bring younger, healthier folks to the table. Thus the mandate. Plus, you had to offer the insurance companies a bridge to walk until transition happened from this pool to that pool. Thus, the vital corridor payments, which were meant to provide certainty to these corporate persons, to pay out to those who took too many cuts because they can no longer screw people whose only crime was to have a cancer or a sneeze before trying to become insured.

Plus you had states out-and-out refuse the Medicare expansion and participation in the exchanges, which was stupid and drove free money out of those states, and lack of participation in the exchanges led to a heavier load on the federal Web site for registering people, which led it to fail, but did you see President Obama tweet about the “losers” who were slapping the ACA’s ass to pinkish? No. You did not.

So the risk corridor payments ended. And then you saw companies leave the exchanges and raise rates. And then the Republicans began claiming that the ACA was “imploding.”

You can’t just make a law that says that you get to keep your kid on the health care dole until they are 26. You don’t get to dismantle the whole infrastructure of “Obamacare” and keep the things people like. You don’t get to do those things unless your legislation is backed up by policy. Anything the Republigoats pass here won’t do that. The ACA did that.

That is why the Senate Republigoats won’t let it see the light of day.

Because all they have is a “repeal.”

They don’t have a “replace.”