Mayor Chandler actually gave me one of my first jobs as a teenager, digging and moving rocks one afternoon in their backyard. I forget what she paid.

“When are you gonna start?”

I joked with the nice lady after she got done administering my second COVID shot. It really was that well-administered, I barely felt the pinch. And, so far, 24 hours later, the only symptom I’m experiencing is a sore left arm.

The bad of it is that as I drove to the appointment (near Gates, of all places), I noticed the battery light was on. The car has been acting a little weird anyway, stuttering a bit at < 20 MPH. So, I set up an appointment at my local Monroe Muffler. I need a state inspection and an oil change (probably) anyway. The initial appointment, which I set up online, was 11:30 a.m. today. When I got there, the guy said they had sent an email suggesting Friday 9 a.m. Okay fine, probably better because it will allow more time before my shift starts. So I got back home and somehow got started with the next phase of my entertainment center rewire project. I think they turned out pretty nice. No more risk of crossed lines. Nice and neat. I like it. 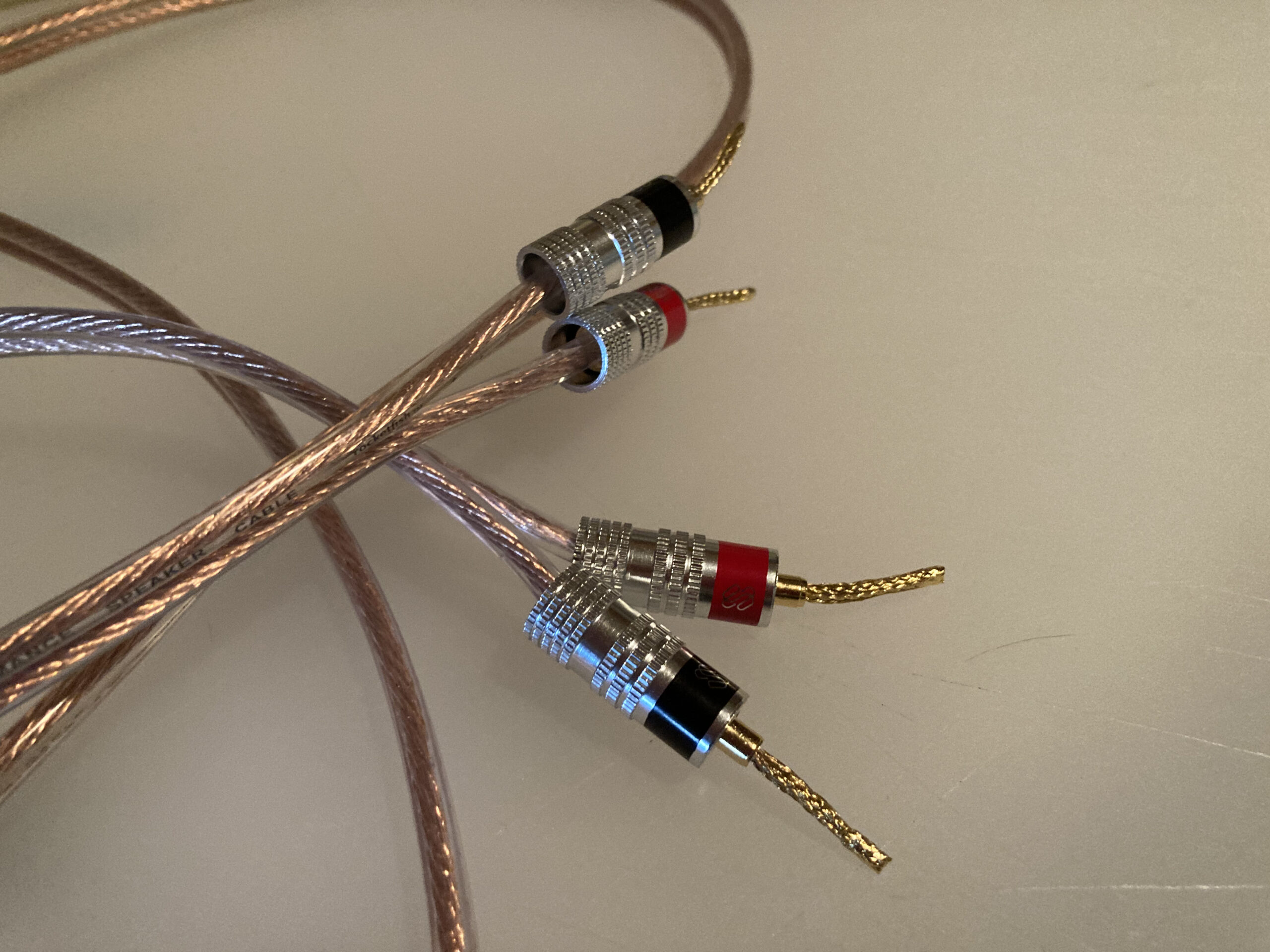 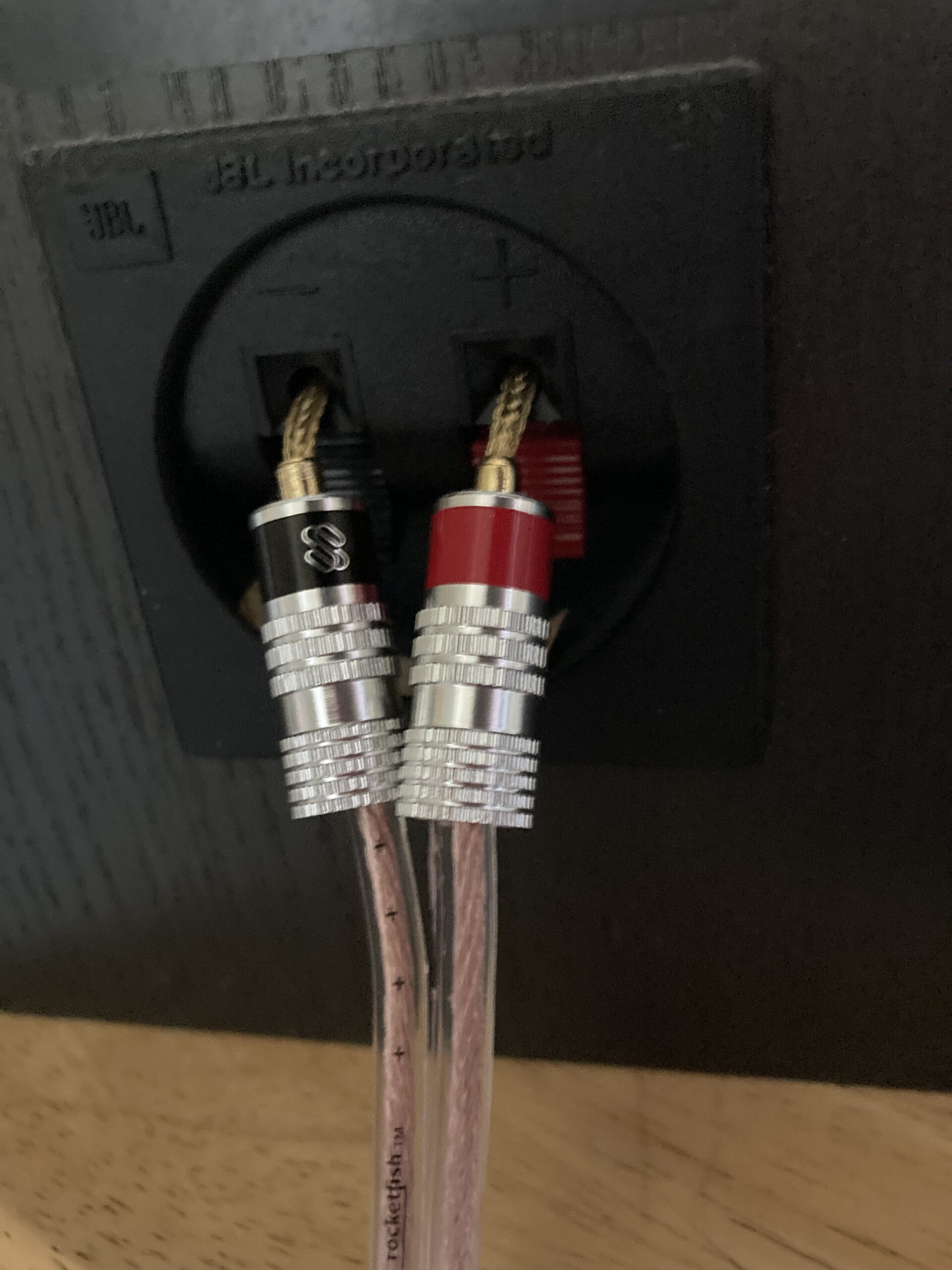 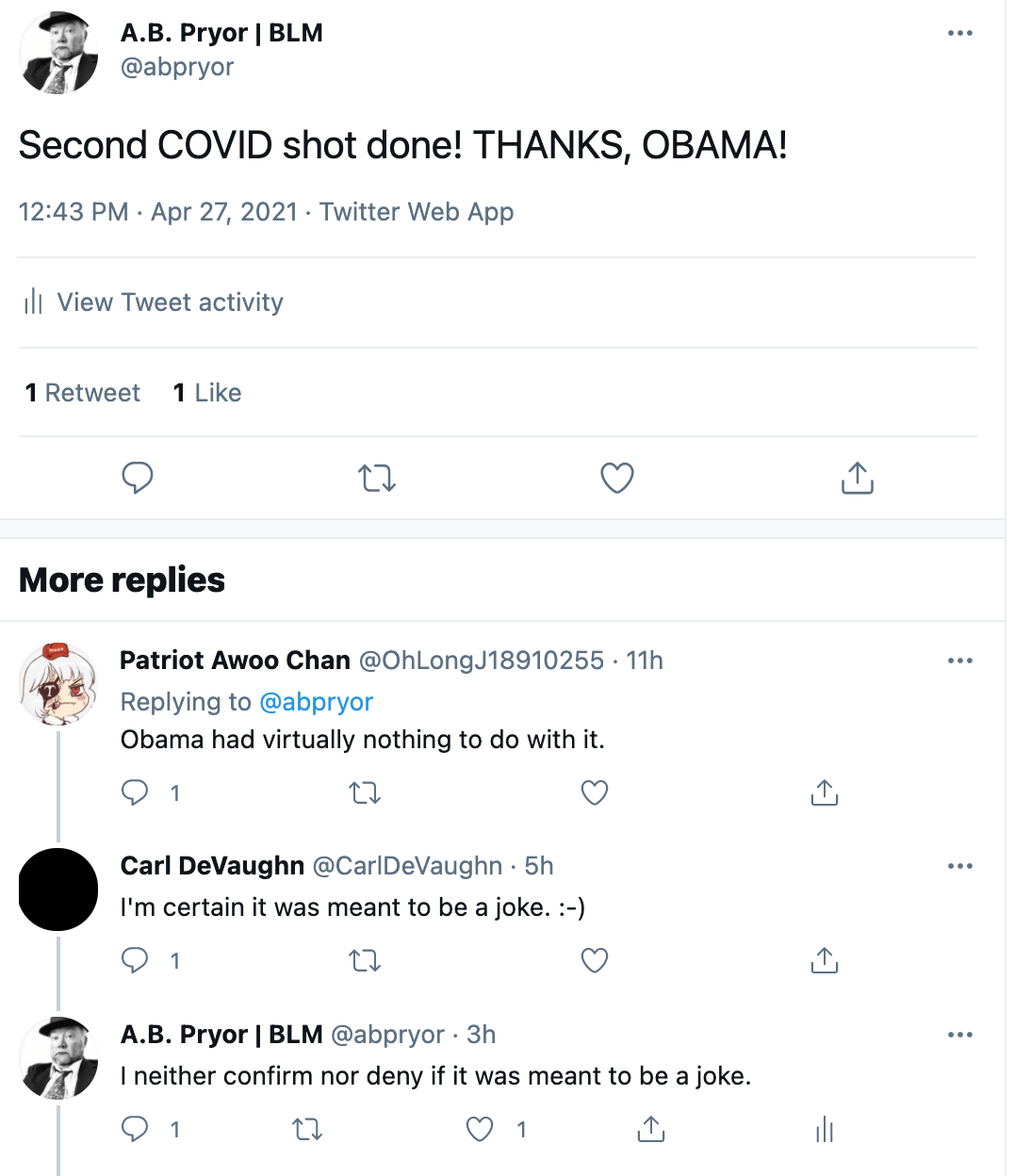 Well, that was an exciting game.

The most exciting thing about it was watching my Dear Old Dad’s reaction to two “pass interference” calls in a row that were complete nonsense.

Yes, my Dad came over to watch the big game. He has been vaccinated. I have not, not yet. I know this doesn’t make it safe as houses, but at least I can’t kill him with the Covid.

I was already planning a menu and mentioned to him that I’d purchased a huge pork shoulder. Yeh, he heard “pulled pork” and wanted in. It was nice to watch the game with him, even if it wasn’t the best game. (Super Bowl games seldom are.)

But I got to cook. So, that was nice. 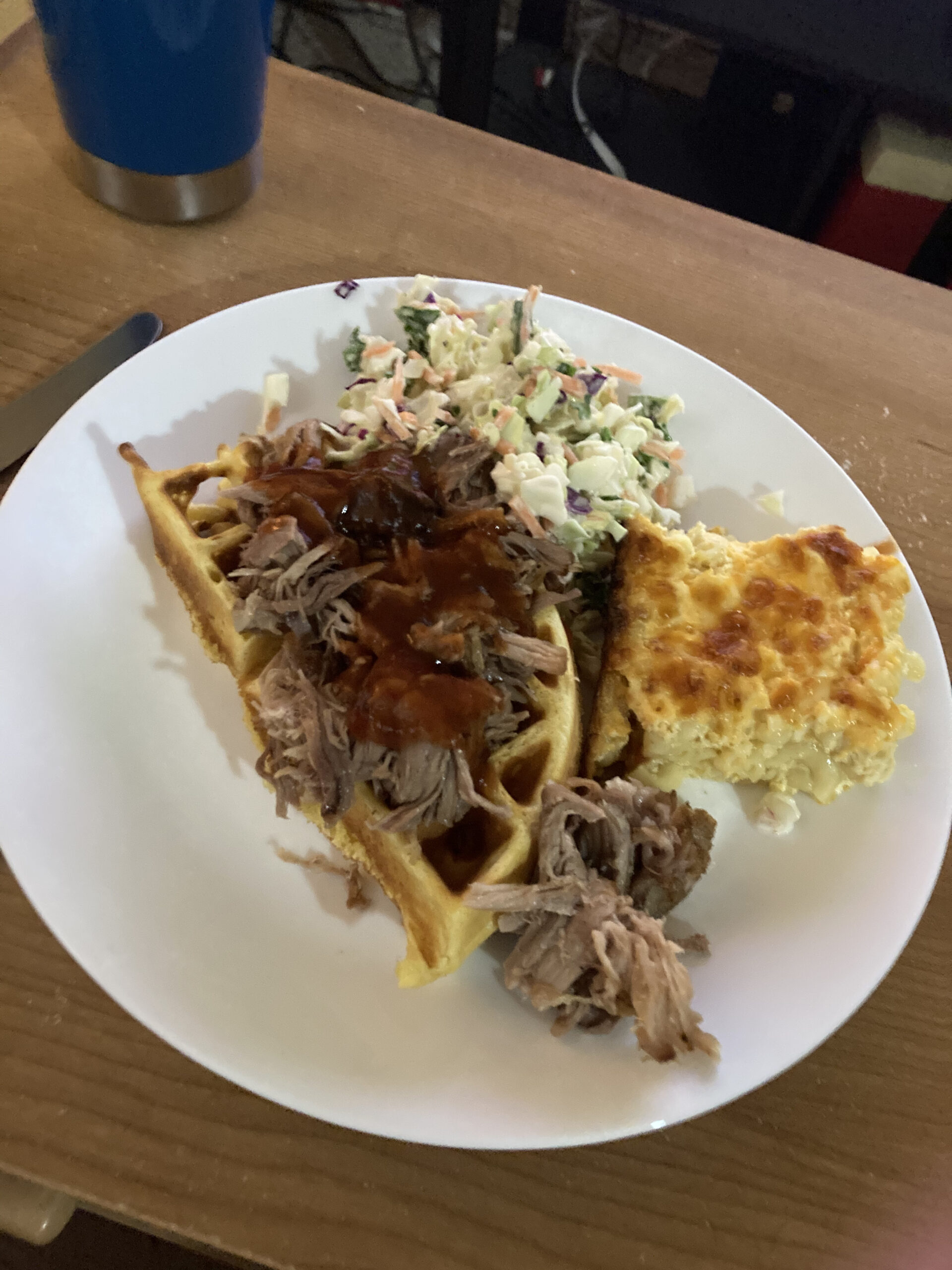 This was pulled pork on a cornbread waffle with Marty’s Carolina BBQ Sauce (which Dad said was some of the best sauce ever–good news, Dad, this stuff is local, though it currently shows as “out-of-stock”), macaroni and cheese, and slaw.

I woke up this morning around 9 a.m. expecting buckets of snow. There is a winter weather advisory in place. Little did I know it just hadn’t begun. The next hour or so, down it came. I had been considering a grocery run this morning. I opted against it because the pantry is still fairly deep so I won’t starve, and winter weather advisory. I’m glad I didn’t. We got covered pretty good.

I can also report that I’ve heard the first album of 2021 I’m excited about, a five-song EP from Ani DiFranco, Simultaneously. Surprise! Ani made an album, and I like it. This album is like its cover, a night-time landscape photo of a misty moon hanging among a cloudy field of stars. The use of woodwinds and strings on this record is most effective. It’s a soulful 25 minutes and worth a listen all the way through, but “Do or Die” is probably the jump-to track on the thing, and also, “Contagious.” But don’t jump to if you don’t have to. Simultaneously deserves one’s full attention. 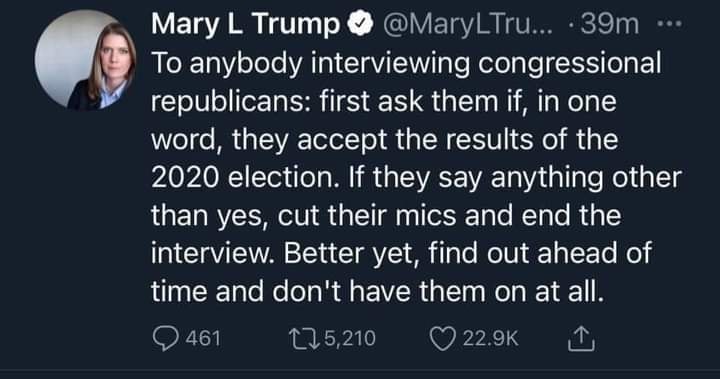 “Time for a shower.”

This was the last line I typed into my personal journal at about 1:30 p.m. today. Previous to this, I had summarized some of what was going on in Congress on the TV.

I think the joint session approved a couple of states, and then they got an objection submitted in writing for Arizona. Now they’re debating.

Little did I know.

My ablutions complete, I came back to my tube, expecting to witness an annoying, unnecessary, drawn out legislative process led by an extremist sect, to question some of the already most thoroughly-vetted national election results ever. I un-muted—I had muted the television when Ted Cruz was on, which I think is perfectly understandable—but I was ready and looking forward to it.

And then, the weird shit began to happen.

I was watching MSNBC (because of course I was). The pool cameras went to mute. Some in the chamber started gesturing weirdly. Vice-Preznit Pence was rushed out of the room. People started dashing around. At some point, official looking people rushed in. Soon, the reports limped in. The Capitol was being invaded. The safety of our Congress-critters was in question. They all went on lockdown. I’ve never seen the sweet, sweet Katy Tur every sound so upset.

That was a tough spot for me. Because I was feeling horrified and really really sad for my country. And because, right at that time is when I usually start logging into my tools for my day job.

I don’t mind telling you that I momentarily considered calling in. And I do not call in unless I’m dead.

But I got it together for the job but kept an eye on the TV and an ear on another longtime media crush of mine, the one and only Randi Rhodes. And hearing her familiar voice freaking out right along with me, well, it helped.

Anyway, I can’t help but think about Charlottesville. Remember Charlottesville? “Unite the Right?” Buncha honkies marching with tiki-torches uttering nonsense concerns about “Jews” “replacing” “us?” Heather Danielle Heyer assassinated by automobile? Yeah. Doesn’t the energy of that day feel a teeny little bit like the same energy surrounding today’s violent and terrifying assault on the Capitol?

Charlottesville was in August 2017. That’s eight months following the inauguration of Preznit Carnage Sippycup Is The New Black. A whipped up crowd of undeservedly or misled angry white people with violent, destructive intentions seems to be an inevitable result of having this person as our chief executive. This seems to be his magick. Even if one doesn’t think in terms of magick or energy, it certainly is telling that events that have the spittin’ image of a putsch will bookmark this presidency in its legacy.

Notwithstanding some miracle, he has 13 days left. Buckle up.

I’ve needed one, but I felt particularly motivated to do so today. All I have had in the apartment is a little stepladder. And a couple of light blubs went out in the kitchen. And so usually when I have to do that chore, I’m taking my life into my own hands. And I ain’t young anymore. So I went to Lowe’s and bought a six-foot ladder. It cost a bit more than I wanted to pay, it was about $75, but that’s peace of mind knowing I can change a light blub in here without being in danger of falling on my ass. I also made the run to Lori’s—sadly they were out of the pan loaf bread I like—and Palmer’s where I got some pork chops and some ground beef.

My life is very exciting.

Am mostly in reading today and listening to the official 8WK Frank Zappa Spotify playlist. By the way, I’ve added a search term in profile links in the AITWK sidebar that a person could use to find me on that particular platform. I also just obsessively populated the “Music for Honkies” playlist, which is based on my Tumblr ( honkies.blog ).

Okay, back to my books. 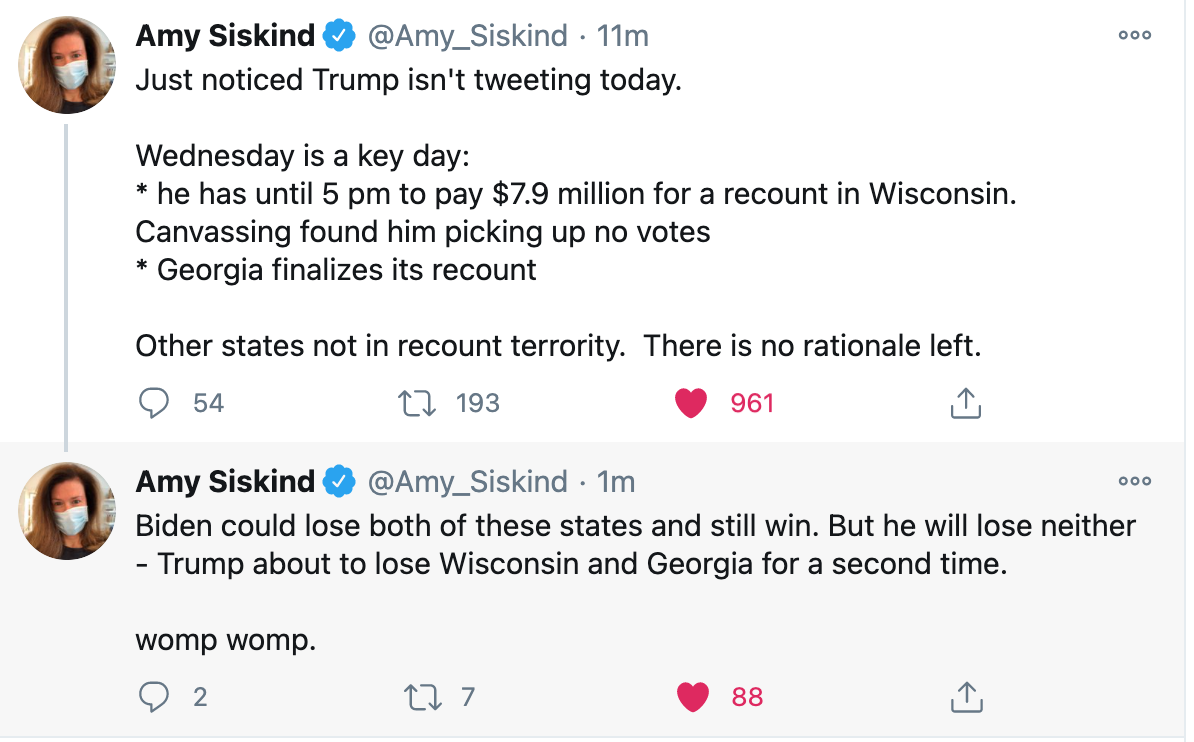 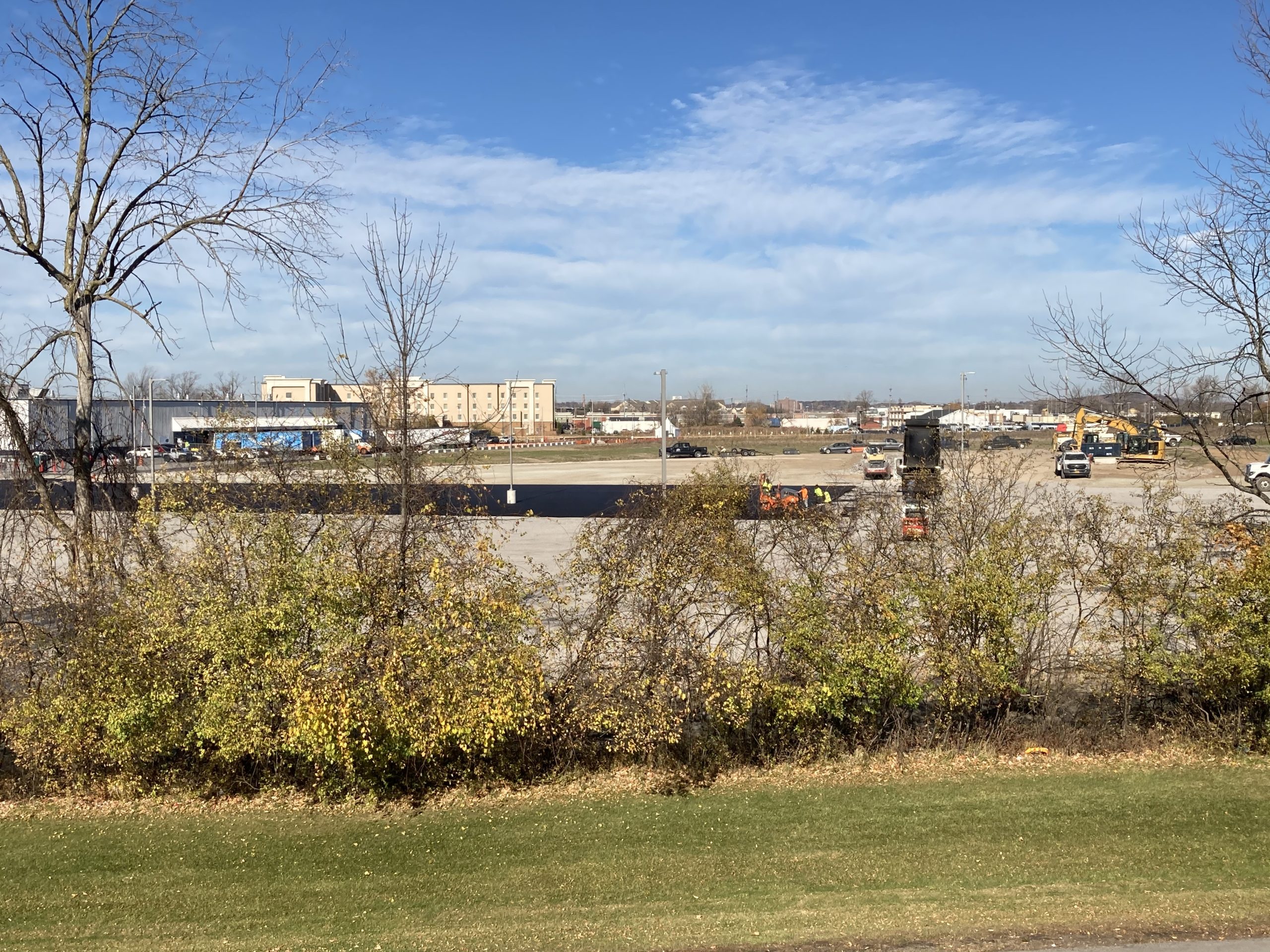 Joni Mitchell’s vision is literally happening directly outside of my apartment. “They paved paradise; put up a parking lot.” It seems I can never move anywhere and just be left in peace.