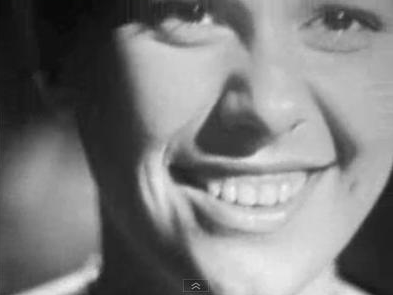 While many other people will be pretending that they’re Irish today for some reason that’s never been clear to me and chugging green beer, a phenomena that also eludes my comprehension, I will be working and then scurrying home hoping to avoid the puking amateurs and hoping that the parade from yesterday will have acted as enough of a pressure valve for said amateurs.

But I will also be thinking of Elis.

Elis Regina, born March 17, 1945, died January 19, 1982 at the age of 36 of the cursed curse of many too-young popular musical artists: The drug overdose. You may not know Elis Regina. But you probably know Elvis and of how adored he was in the United States. Well. It was estimated that 80,000 came to see Elvis upon his death.

I discovered her while researching a song I love, “Waters of March,” as sung by Jane Monheit. I found this.

Yes. This corny lip-sync performance during which a cigarette magically appears in the woman’s right hand, with those awful-looking headphones and which can’t help but remind me of an Electric Company sketch—wait, maybe that’s why it appealed to me—this is what introduced me to Elis Regina. I had to know who that woman was.

Which led me to the Música Popular Brasileira special of 1973.

You want to experience a bit of effortless perfection today? Here.

I purchased her “Come e Porque” for download on eMusic. I like to place it with one of those soaring recording collections that stays put, like Stevie Wonder’s “Innervisions” or Marvin Gaye’s “What’s Going On.” It’s that good.

Anyway. So. Today marks the St. Patty’s day. Have a beer. But have one for Elis, too. K?