It began when I ran errands around town Friday afternoon. I debated about whether or not I wanted to go to that pizza bar in town and risk being ignored again or to try something new. I was set to try Richmond’s Pub, but they don’t open for lunch. It’s a walkable alternative so that would have been nice. So I got back in the car, ran a few errands, and then ended up on Alexander Street parked at the Ox and Stone.

I had the taco plate, one with pork and pineapple, and another duck confit.

These were delicious. The star of the show, as it should be, was not what was on the tortilla, but the tortilla, hand-made on the premises. As the food was delicious and the ambiance seemed nice, I arranged for Dad and I to have supper there later.

I got the chicken mole; Dad had the enchiladas. 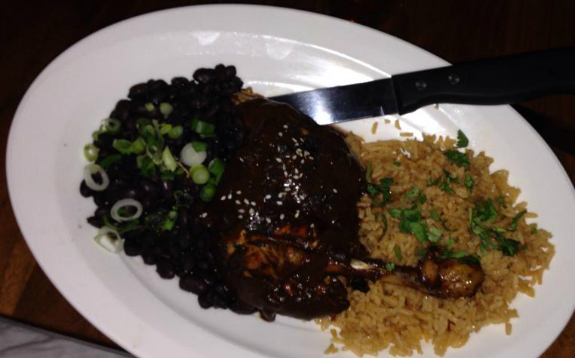 So, that was Friday. Saturday, DOD, my brother, and I rode up to Canandaigua to sample a burger Dad had been bragging on for two weeks. I did not photograph the event, but I can say that the Wally Burger at Wally’s Pub there certainly does live up to it. Will look forward to returning for the shaved ham sammich, too.

Saturday night was a stop at Gordon’s Pizzeria. 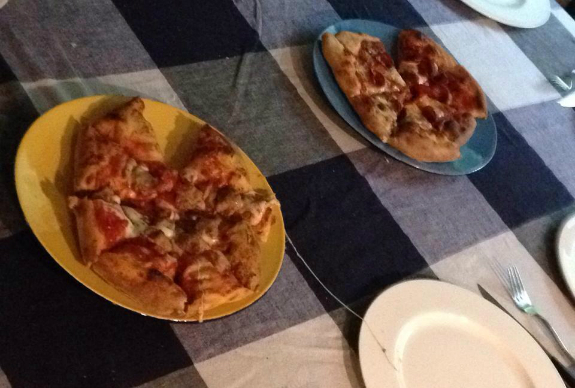 Don’t bother looking it up on the Wiki. This is just somebody’s house. 🙂 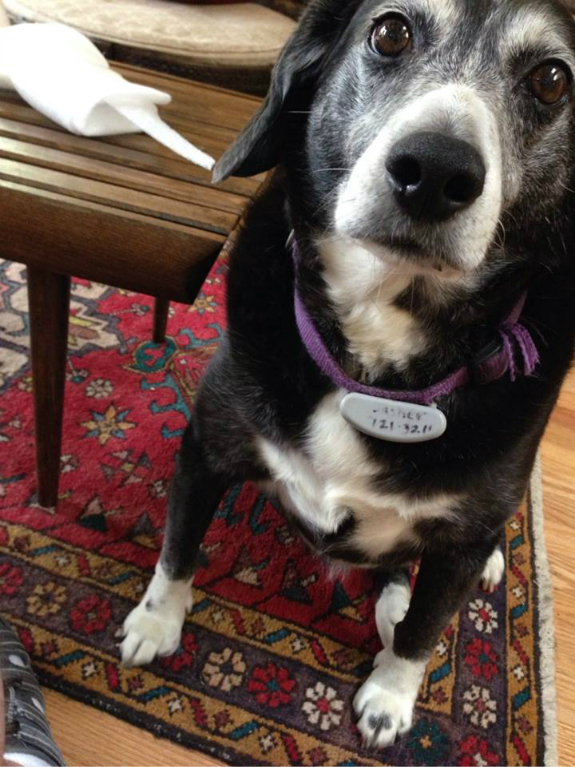