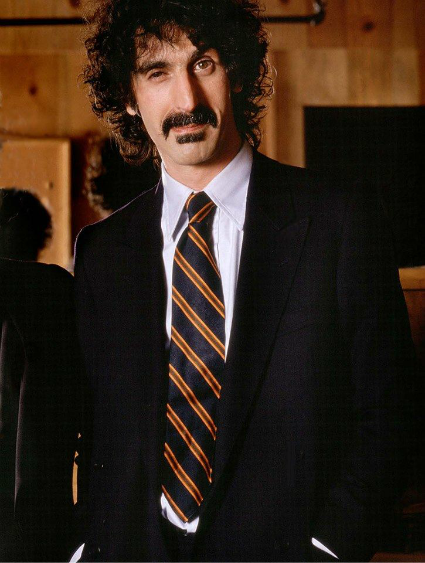 My freshman year of college was spent at Ohio University. Go Bobcats.

At the time, Ohio University’s practice regarding housing was to shove three freshmen boys into a 250-square foot room with three bunk beds.

Suffice it to say, I didn’t fit in well. Those fellas were pretty rough By the year’s end, I was kicking and screaming to get out of Athens, and I’d say living with those two was about half the reason why.

At least I had the Mothers.

I’d put on my headphones and blast Freak Out, Only In It For The Money, and Burnt Weeny Sandwich. I especially relished when the play order got around to “Hungry Freaks, Daddy.” These albums gave me somewhere to go. They let me point at these bullying shit-heads I lived with and laugh at their supermarket dream. It allowed me to feel fine with the freak that I was.

My freshman year of college, Mothers albums and Frank Zappa albums were my squeezebox.

Burnt Weeny Sandwich was especially pivotal because I fell in love with it on a bus.

It was a special charter deal that went from Athens to home in Northeast Ohio, I think. I’m sure I’d heard the album before, it’d been in my Dear Ol’ Dad’s collection for decades. Yep, I am a proud second-generation freak. I remember staring at those album covers for hours as a child, at all the weird pictures of the weird hairy dudes in dresses. I remember that “Who Are the Brain Police” kind of terrified me. So sure, I’d heard BWS before. I’d just never listened. But I listened, plugged in to my little Walkperson all the way up. I listened for 180 miles.

On that trip, that’s an album that became a part of me. It seared into my brain. It gave me new places to go. My idiot roommates couldn’t stop listening to the Up In Smoke soundtrack. Ha ha ha, get it? That god-damn Finklestein shit kid? HA HA HA.

Heck with them. I had Zappa.

The composer stopped refusing to die at age 52* in 1993, on this date on a Saturday. Since my days in that cramped dorm room with those shit-heads who are now probably CEOs, since my time on that bus, I’ve gotten to appreciate much more of the Zappa collection. I doubt severely that I will ever get to hear every single note he ever recorded. I doubt that anyone does.

Merry Zappadan, everybody. We’ve got 17 days. What’s the secret word for tonight?

*Which seems less old to me every year.

I personally count as the first Zappadan miracle that Dweezil Zappa is working on a new album.

I have long suspected that a post-Zappa Plays Zappa release from Dweezil would be exceptionally strong. The kid has spent years marinating in his old man’s music. I can’t wait to hear what he creates.