I work weird hours, so it’s probably nobody else’s fault.

I mean, probably not too many people in the city of Rochester are leaving their homes for work at 2:15 p.m. Sunday.

Which today happened to be the exact time when the Ferguson-related protest was marching down East Avenue intending to lie in the street at East Avenue and Scio, which is the very intersection that usually facilitates my path out of town to my job.

If you look carefully in some of the news coverage of this protest, you can see a bearded white boy in glasses driving around in a white Chevy Malibu shaking his fists and cursing. Use a lupe. It’s worth the effort.

This started Tuesday in Rochester of course when Mayor Lovely Warren decided to weigh in on Missouri’s failure to indict Darren Wilson, who is now a former police officer and probably future Fox “News” contributor who will not have to answer publicly for shooting and killing an 18-year-old in Ferguson, Mo. this past summer.

Essentially, I think that this guy knocked it out of the park:

At the same time, I don’t think it’s quite right for the lady who signs our local law enforcement’s paychecks to be making a public statement like this:

I know that many members of our community are upset about the decision today in Ferguson. I am too. As I was thinking about how to respond, I went back to how the situation started: With a young, unarmed black man and an authority figure who had little regard for this young man’s life.

Were I a police officer in Rochester last week, I wouldn’t have been very happy with my boss. And this seemed especially tone-deaf in light of the last high-profile gun death in Rochester, that of Officer Daryl Pierson in the fall. She didn’t need to address Missouri’s failure to indict Wilson. And she probably shouldn’t have. (It has since been removed from her Facebook wall.)

(My own two comments on this post were first, a link to a YouTube video called “Sideshow Bob Steps On Rakes For 10 Minutes” and, second, “Don’t blame me. I voted for Alex.”)

You see in her statement where she proposes a “community event” to take place at 1 p.m. Sunday at the Liberty Pole. Considering the controversy Warren’s statement generated around town, the City Council cancelled the event. But that didn’t mean no protest.

And so there they were, marching right in front of my building, right exactly when I was trying to get A) someplace to grab a lunch that won’t kill me and B) to get to the job by 3:30 p.m.

When I lived in D.C., I always found it hilarious when the G8 protestors would come in and protest for the environment and shit and then would leave behind a thick slurry of pamphlets and posters, the production of which probably used 8,000 trees. So understand, when it comes to protests, this guy is a bit of a Grinch to begin with.

They’re always messing with my commute, and I reckon there’s no escape from that. I mean, I’m well aware of the larger issue, but I don’t see the efficacy of blocking traffic with your bodies here in Rochester.

I just don’t get it.

Gladly, I did make it to Lori’s Natural Foods, and they had the egg salad sammich with the gluten-free bread. I’m not a gluten-free guy, understand, but this bread is really good. Also got the usual snacks: Handful of spinach, Very Veggie juice, raspberries, a tin of Popcorn Charlies’ Kettle Corn, some granola, two bottles of Honest Tea’s Lori’s Lemon Tea, a carrot, and Raaw Better Beets.

Sure beats “double cheeseburger, small fries, medium coke,” which, once upon a time, would have been my go-to order on a day like this.

Then there’s always this: 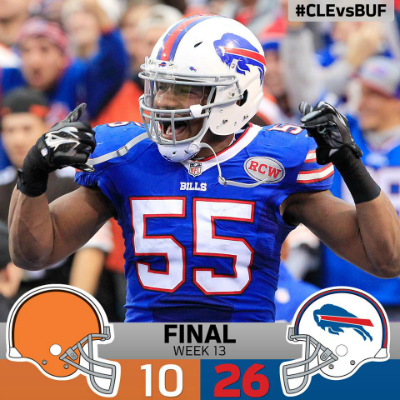 When my teams beat the Browns it always makes my day.

I have never heard Alex Jones be nearly this cogent.