Many years ago, I found a job I actually liked. I got to answer phones and explain things to people. It wasn’t as prestigious professionally as I had expected a job or career to be, but I seemed to be good at it. I soon moved to answer phones and explain similar things to people who lived in the United Kingdom. This was a more elite crew, which was nice.

I will never forget the man who called me expecting our product to open his garage door. Because our product was a universal television remote control. He was furious with me for telling him it wouldn’t do that. I just had this image of this British man sitting in his car alone in a darkened garage, fervently pressing buttons on a television remote, and screaming and shouting because his “GAH-RAJ DOOOOOOR” remained closed. People are so weird.

(I also got to get off the phones sometimes to collate our group’s training materials. I coined a slogan for us in the process: “Helping the world change channels.”)

The company moved from my area to California. I opted not to continue and to move south instead, and of course I often wonder what would have been in store had I done that. I do know I was pretty darned good at answering phones and explaining things to people for a living because when I told my boss I wasn’t joining them in California, she nearly cried.

What went after, well, was pretty bumpy. And so, often, I say to myself, self, maybe you should have stayed with that nice company and continued answering phones and explaining things to people. Even though the company went belly up in five years. It might have been much nicer.

Now I’ve never been a real dynamic job hunter. I think my every job hunt has gone like this: Apply for one job. Get hired. Rochester was really no exception. I had a vague sense at the time that I would like to go back to answering phones and explaining things to people for a living. I found a company that does that. I applied for and interviewed for a job. I didn’t get that job, but the human resources department pointed me toward another job. I interviewed for that job and was hired.

It was miraculous. They needed someone who was familiar with hyper-text markup language (which I speak fluently), someone with experience in content management and e-commerce (which I had), and it helped that I had a previous career answering the phone and explaining things to people. I was on my way to driving to Arlington, Va. to get more stuff when I got the phone call extending the offer. This created a nightmare for my DOD and other loved ones who had to pack up things for me and get them up here or get rid of them, and I am thankful for that help to this day. But I have been at this job now nearly four years, and I have done it well, and I have enjoyed it immensely.

But nothing lasts forever.

We got a visit from the big boss in July. He told us they were striking the tents. We would have six months. But at midnight on January 31, 2015, the program I work for would no longer exist. Will no longer exist.

I do have a job waiting for me; the company I work for is ginormous so there is usually another opportunity around the corner. And the nice thing is at my new job, I will be answering phones and explaining things to people, and the things will be of a more general nature; more practical things then, you know, let’s fix the code in your header template. Virus protection. Printers. Stuff like that. I can’t wait.

But with something like this, there’s always that moment when it feels real to you, when it lingers in the air and you get the visceral cue that yes, this is actually happening. 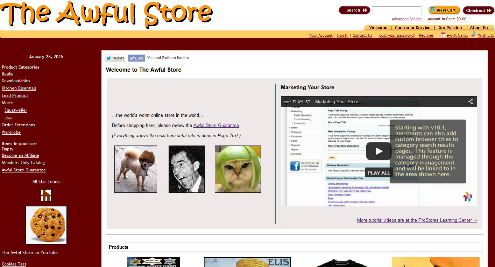 This post’s headline refers to my test Web store, The Awful Store, which will no longer exist as of the end of the week. Every employee gets a test store, and one challenge is to discourage people from actually buying your goods. Part of my approach was to name the store as such and the slogan: “The world’s worst online store in the world.”

I’ll sure miss it, though I am retaining the domain. Not sure what to do with it. 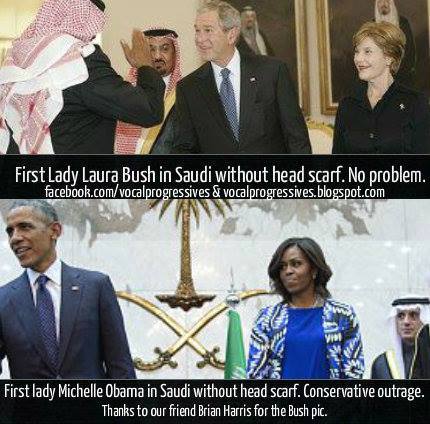 In which some guy on the Internet vastly improves the theme song to The Gilmore girls, which I always have to mute.

He improved a lot of other ones, too.

Astronauts have to go through customs when they return to Earth.

I AM NOT MAKING THIS UP.

How Do We Welcome Astronauts Back to Earth? By Making Them Go Through Customs (The Atlantic)

2 thoughts on “The Awful Store: Going Out Of Business”