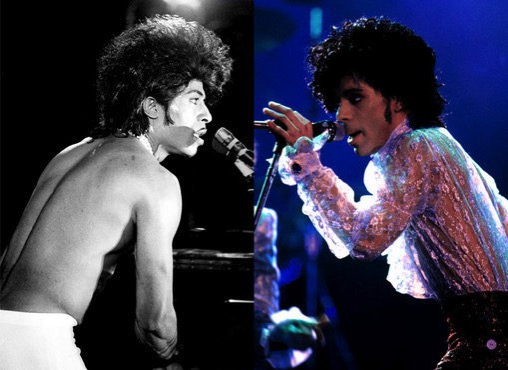 Prince’s death in April led to an immediate speculation of the well-being of one Richard Penniman.

Little Richard responded to the notion: “Not only is my family not gathering around me because I’m ill, but I’m still singing. I don’t perform like I used to, but I have my singing voice, I walk around, I had hip surgery a while ago but I’m healthy.”

I couldn’t be happier to hear news than to hear that the Architect is healthy and relatively comfortable. And, as you may know if you’ve read this space at this time of year before, this is the day we wish Little Richard a happy birthday as an adjunct to the lovely Zappadan holiday.

Because Little Richard wrote “Directly from my Heart,” one of the finest pieces of music I have ever heard, and Frank Zappa apparently thought so too, because he chose it to feature Don “Sugarcane” Harris.

In the same story referenced here, William Sobel, Little Richard’s attorney of the past 30 years, has apparently had Prince on his mind, too.

“I just spoke to him today,” Sobel tells Rolling Stone. ” I used to represent Prince and he just engaged me in all kinds of Prince conversations, calling him a ‘creative genius.'”

It’s not hard to imagine the influence Little Richard may have had on Prince. But it’s difficult to document and too easy to assume because they are/were both pretty black dudes who were awesome performers and wore pancake and purple.

But I think there’s one aspect of these performers that I would focus on when considering any influence. It’s not the hair, or being pretty black men, or style choices, or even religious devotion.

Listen to a Little Richard tune sometime and observe how hard he works. It’s as if he believes he has to be everything in a song. He’s the entire chorus. He’s the whole of the performance.

And we all know that our man Prince took that aesthetic to heart. “Produced, arranged, composed, and performed by…”

Anyway. Here is the reason for the season. Thanks as always to the Georgia Peach. Happy birthday to Richard Wayne Penniman, the man who first showed every rock performer how it’s done.