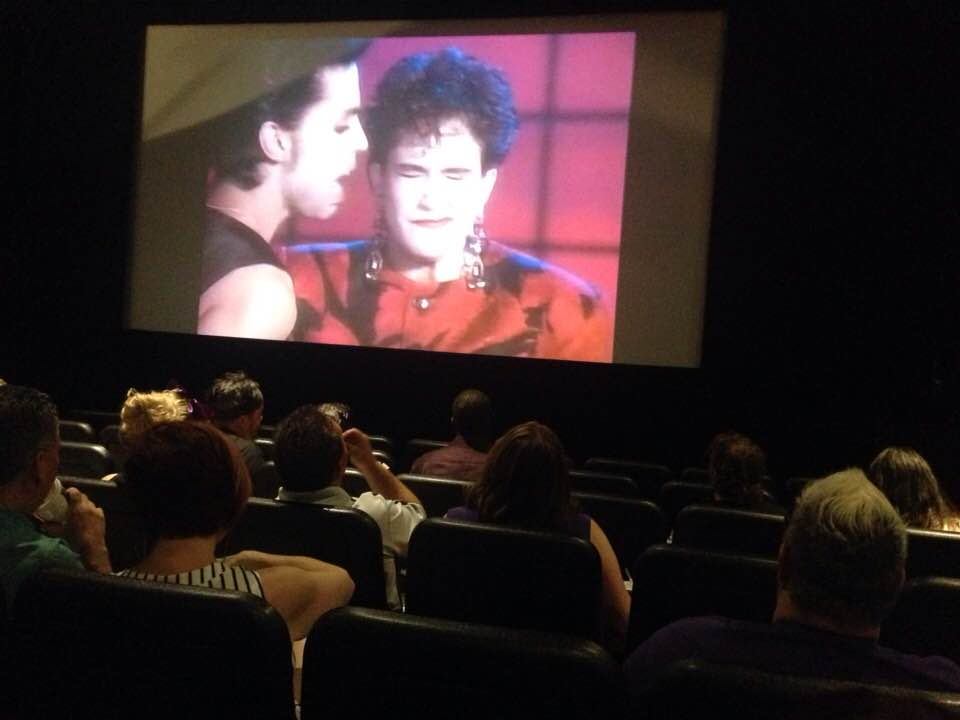 I learned via local public radio on Thursday evening that The Little Theater was featuring Purple Rain and Sign ‘o’ the Times on Saturday. There went my normal weekend.

I have probably watched Purple Rain a dozen times since April 2016, and now twice in the theater thanks to the good people at The Little. That is, admittedly, a lot of times to have watched a movie that is, quite arguably, a horrible movie. So bad is it that I have essentially re-written it and tend to choose my version over the one that appears on-screen, and I am able even when actually watching it to apply at least one major change. If I squint a bit, I can pretend that The Kid’s mother is actually dead and is just a ghost haunting he and Francis L. Their haunting by a discorporated being better explains the family’s derangement. I mean, if they’re both alive, then the only other explanation is that they are both insanely unhinged tweakers.

Of late has come the following observation: If indeed The Kid’s parents are off-the-rails meth users, well, then, they’re that and they are prolific gardeners.

I’m referring to the scene after Francis L.’s suicide attempt, after the cops have left, and The Kid is all alone and has a freakout, hallucinates his own self dead by hanging, and, you know, “goes crazy” beating the crap out of the family’s basement. The Kid’s first line of attack is to take a bat or something to the family’s abundant collection of preserves on the shelves.

The Kid’s parents, who are for most of the film only seen screaming and yelling at one another if they are not physically fighting, apparently also engage in the utterly wholesome practice of home cannery. People rarely bother to sterilize jars unless they are putting up food they have grown themselves.

I mean, can you imagine those two working in a garden? And when would they find the time?

It’s these details that fascinate me about Purple Rain, these story elements that were apparently not considered beyond “we need something for Prince to break / how about jars of preserves.” For instance:

In the beginning of the “Lake Minnetonka” scene, The Kid asks Appollonia where she is from. “New Orleans,” she answers, matter-of-factly.

Let me get this straight. She grew up in New Orleans. NEW ORLEANS. She has show-bidness ambitions. Claims she’s a singer and a dancer, in fact.

And she came to Minneapolis?

So many things in Purple Rain don’t make sense. At one point, Francis L. gruffly insults The Kid with, all my songs are in my head, I don’t have to write them down like you do (we later discover this to have been a lie). But we never see The Kid putting pen to paper, not once (as I recall, he is seen writing music in Graffiti Bridge).

Why is The Kid always late to rehearsals?

Why does The Kid show up at First Avenue in the afternoon and ask “where is everybody?” It’s a NIGHT CLUB.

And why does he have no idea how to kiss a woman?

Why is Jill Jones holding a dog near the end? (We actually know the answer to this, but if you don’t know that in a deleted scene The Kid for some reason gives Jill Jones a dog, you’re gonna wonder.)

Why did these filmmakers find Appolonia’s job application process interesting enough to leave in the movie? Why not just have her fill out W-2s as well?

Anyway. Who am I to criticize, I reckon. The thing made Warner Bros. buckets of money. And I, for one, can’t stop going back to it.