Ten years ago today, you and I met a man named Barack Obama.

The speech is still as stirring as it was in 2004, when I recall personally being glued to the television, watching this young man energize this crowd so effectively, and immediately registering a profound hope for the Democratic Party. We were at the time in the midst of running a lackluster ticket, and we didn’t even have an inkling then of what a disgusting human being John Edwards would turn out to be. We still didn’t think it would go as it did, as it was easy to perceive that George W. Bush was a dismal failure as the Premier Executive of this fine land and that we could pummel him with Fred the Elephant Boy on the ticket.

The speech also highlights what makes many Obama supporters bristle about him today. This has been a President who has often above all else tried to achieve unity, a tendency that has often cost us. But when you see him express his vision at this nascent age, and when you contemplate how he has led as President, it’s difficult to deny the man’s integrity.

There was a “Photoshop Wil Wheaton” challenge on the Twitter today. My entry:

@wilw just doesn’t get it. #photoshopwilwheaton 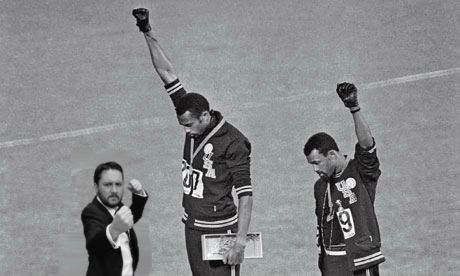 I know. Sloppy. I used Sumo Paint and really laid it on thick with the blur tool. Oh, well.