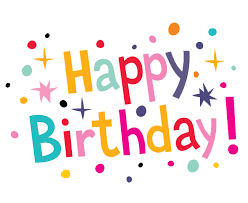 Today, by my calculations, Little Richard, the Architect of Rock and Roll, the Georgia Peach, the Bronze Liberace, the innovator, the man who, among other things, explained to future performers how rock music is to be sung and how to strut while yer doin’ it, that man, Little Richard, turns 86 years old today.

As anyone who bothers to read this blather knows, every year on Dec. 5, I take a bit of time during Zappadan to tip a hat to Little Richard. Because Little Richard begat “Directly From My Heart,” which begat my favorite recorded performance of music of all time, which would be The Mothers of Invention cover on Weasels Ripped My Flesh, featuring Sugarcane Harris. I’ve said it all before. This track is untouchable. And while it takes some liberties with the original as belted out by the great Little Richard, the rhythm section still retains that brilliant dragged left foot that makes me so horny for this song.

And while I have realized a mad adoration for this artist, I wanted to remind you why you should too. I wrote this a few years ago. It is the best thing I have ever written. It is called

Little Richard Says He Likes It

a piece that essentially recognizes the great and, I think, often overlooked influence that this beautiful man had on the music you dig right this minute. Without him, Jim Morrison doesn’t howl, Prince doesn’t oooooh, and Robert Plant does not baby baby baby. In fact, I would like to mention at this time an interesting fact to add to the hefty pile of Little Richard impact studies available to us.

Ya’ll know the song “Rock and Roll” by Led Zeppelin, yeah? Well. Do you think John Bonham just pulled that drum part out of his butthole?

The answer is “no.” Dude apparently had a Little Richard song in his head:

I’ve said it before. The ones who you revere, and maybe the ones they revere, revere Little Richard. All the Zeppelin dudes. All the Beatles, all of the Rolling Stones, and all of AC/DC. David Bowie. Elton John. Lou Reed. John Fogerty. Bob Dylan. Elvis Presley. Patti Smith. Michael Jackson. Bob Seger. Tina Turner. Jimi Hendrix. Bruno Mars. Andre3000. Chris Cornell. Freddie Mercury. All of these artists have somehow acknowledged Little Richard as a powerful influence.

Not convinced? Here. Watch the great Muhammad Ali watching Little Richard. The man is in awe.

Little Richard is a national treasure, an innovator, and has inspired every rock artist you enjoy today. Look him up on Spotify today.

Health and peace and comfort to you on your birthday and well throughout, Little Richard. We appreciate you.