It was a good weekend I reckon, though not as productive as one might have liked. This seems common. I mean, sometimes, you just have to nap, I guess.

Dad came over for lunch Saturday, and we gave Joker another try. He brought ribs and sides from Sticky lips, and I had beer. I was pleased he finally got to enjoy the brilliance of this film.

Dude also brought me a cornucopia: 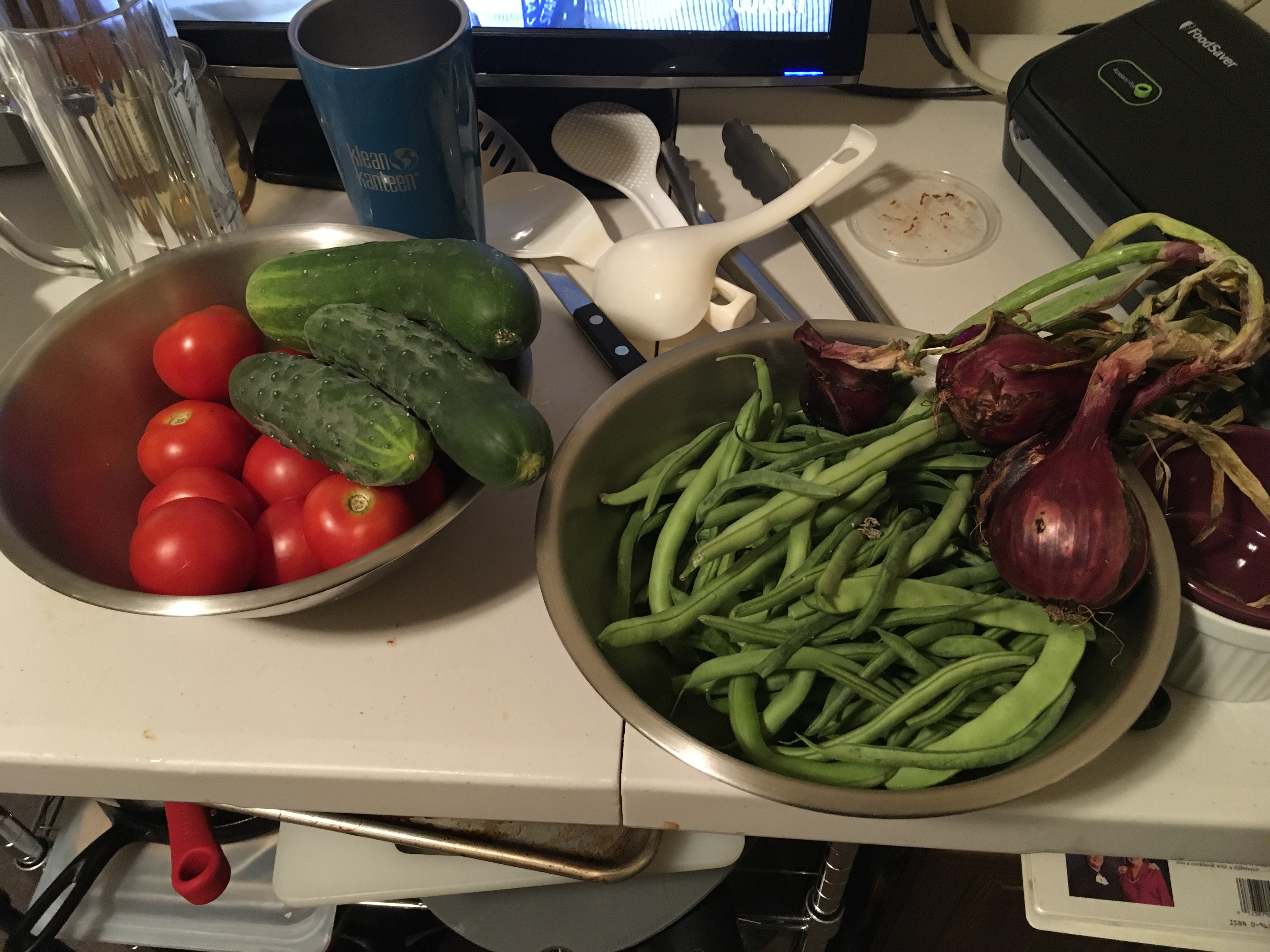 Believe me, half those tomatoes are already eaten and will probably be gone by day’s end. This morning will include a trip to Palmer’s for bacon and ham-hock and to Lori’s for pan loaf and ogrets. I think a B-T sandwich is in order, and the ham-hock will be used in the stewed beans recipe below. And yes, there was a bag of basil as well, so there will have to be pesto.

Later that day, I took delivery of my Ooma, two days early. So now that big red phone actually has a dial tone. 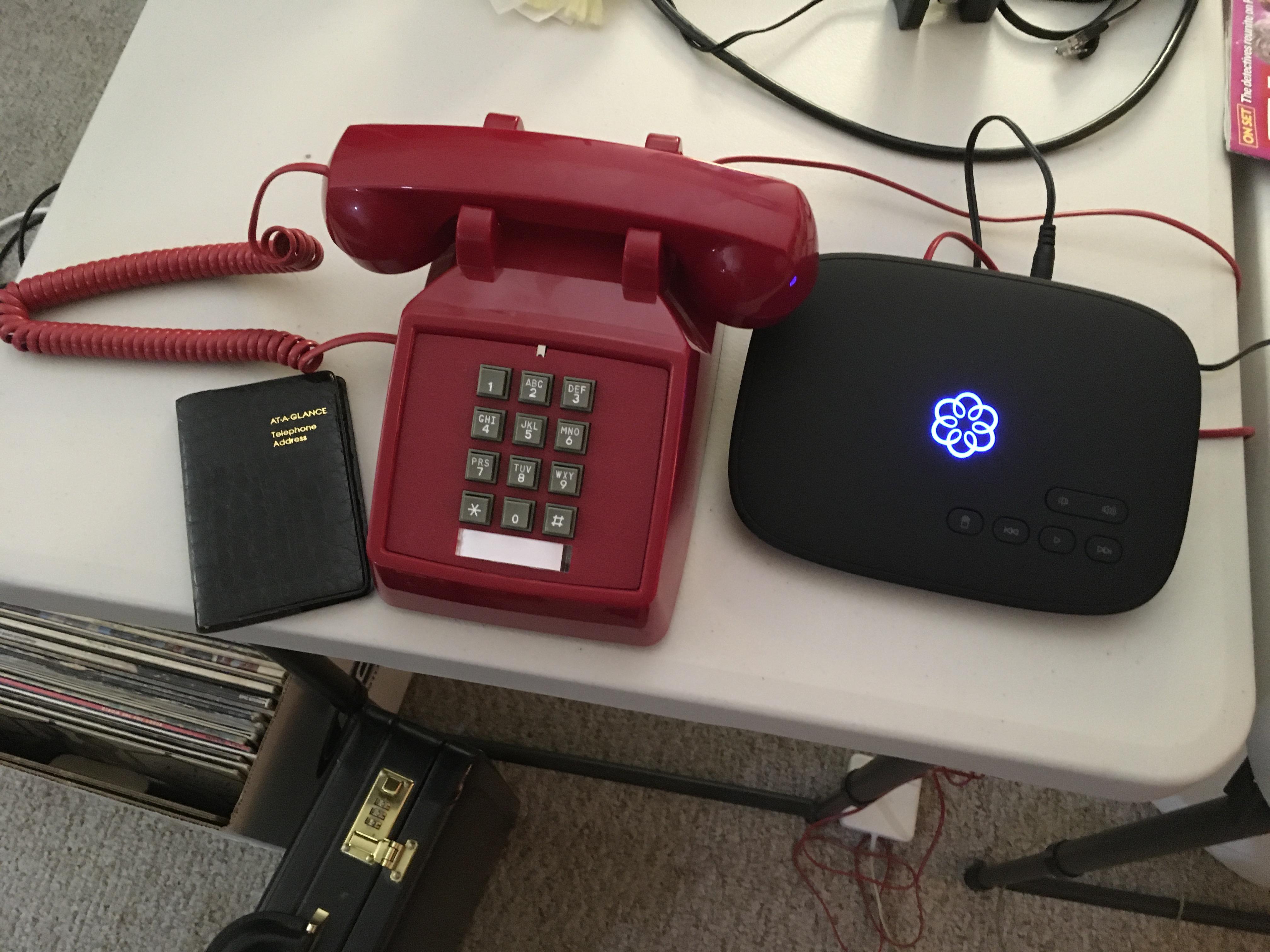 Unfortunately, the first testâ€”my weekly marathon call with my Motherâ€”was not necessarily a success. I dropped her call twice. I am thinking it is because I used the 2.4 GHz rather than the 5 GHz on my home network. I was using the Ooma app so I could still access my airpods, and it just dropped the call. We’ll test it again next week.

The idea of this is to re-establish a “home phone” line in my abode. Too often, someone calls, and I flat-out miss the call because my iPhone is on a desk over there, or the ringer is off, or it requires a charge. A good old-fashioned analog phone won’t lead to the same problem. I mean, it actually rings and everything, which just tickles me way too much.

There is more testing to be done before I disseminate the new number widely. I think we’ll get there.