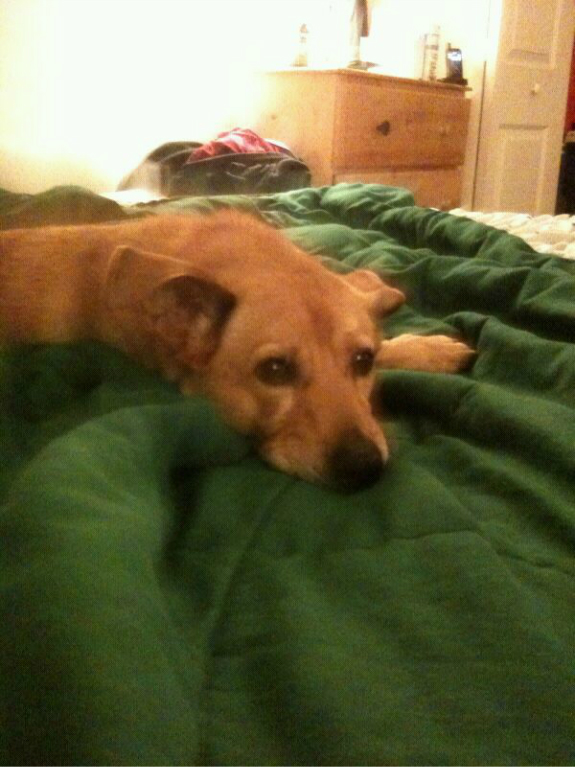 I’ve not previously lived with a pooch who chronically whimpers. Lucy Liu (Yes, I have remonikered Kahlua. I can’t help it. It is what I do.) But she does, she whimpers chronically, even now that she’s apparently feeling more at home. It is her only vice. She doesn’t smoke dope or poop inside. She has a whimpering problem. But she makes up for it in that she is a sideways tongue doggie (a term I do not have to define for dog luvvers but that I must credit to my woman, who coined the term among many regarding doggies, including “Frito paws,” “sideways tongue,” and “crunching,” which is more difficult to explain.)

I have discovered an amazing thing at Live365. They maintain a robust library of tracks that you can “sideload,” or place into your track listing, as part of your regular fee and, more important, without affecting your memory limit (mine is the lowest, 200MB). I had assumed that one’s choices in this list would be among Pat Boone, Barry Manilow, and that kid down the street with a guitar and a four-track. Actually, the selection is deep. I’ve found Led Zeppelin, Jimi, Fleetwood Mac, R.E.M., quite a healthy variety. This is a most useful feature, as it allows me to generously expand my default shuffle playlist and gives me more to work with in programming directly. Not to mention that it is yet another avenue one can use to explore artists on the verge, which is one reason I was interested in maintaining an Internet station. I have added a few emerging artists to the mix. 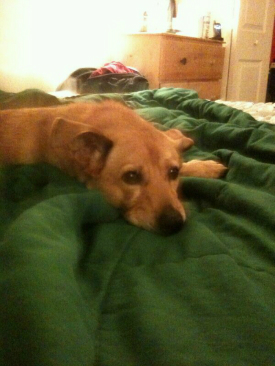 This is Kahlua. She and her Papa are the latest housemates. She’s nervous about her new surroundings, but she’s getting acclimated.

Thus, it has been a hectic week. I have people moving into my house and people moving out and a lovely visit from my Uncle Jay. That’s springtime for you.

If anyone is wondering, the upgrade from Palm to Winders OS has been an upgrade indeed. I have long been a Palm adherent, but the Winders platform is so much better integrated and the sucker can do so much more out of the box. I am expecting a card reader in the mail with the hopes that will permit me to swap data without syncs all the damned time. And of course the new kneetop computer, if it ever arrives, has an SD slot.