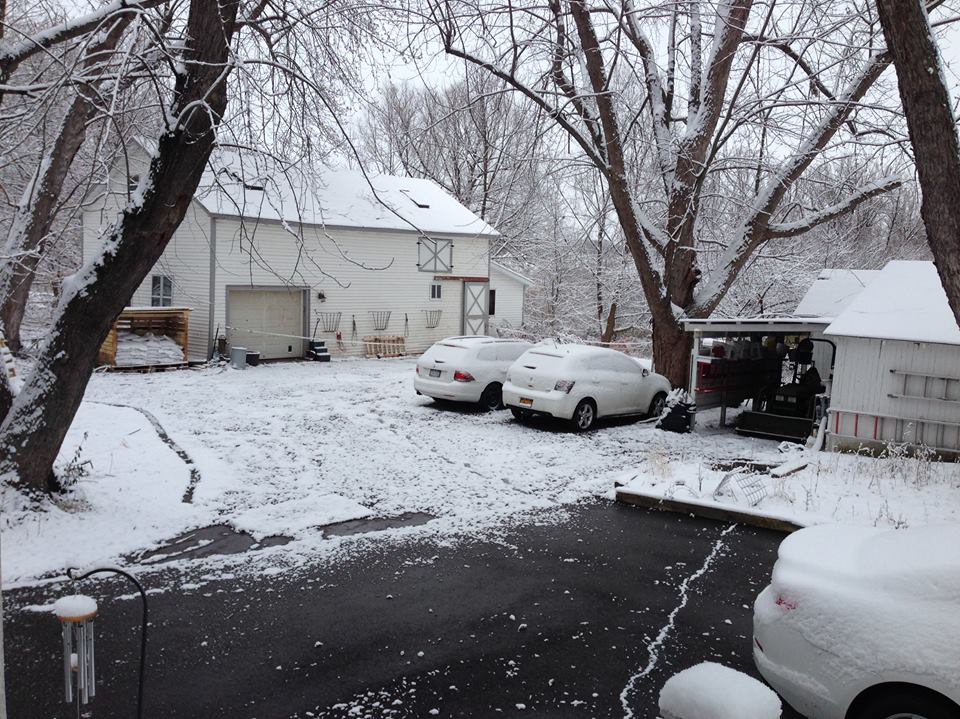 Just call me Lorelai Gilmore; that’s how excited I was to have snow on Thanksgiving. A decade ago here in the Rochester metropolitan area, snow on Thanksgiving was a given. These days, not so much. And it’s a more daunting task, I think, to get excited about glÃ¼wein and to feel the snuggly comfort you’re pursuing on Thanksgiving when it’s a balmy 50 degrees outside. So I welcomed the snow gladly.

Among our guests this year was a family from Afghanistan, the father of which had served as an interpreter for the American effort there. Our family has been working with No One Left Behind to help get these folksâ€”who are often in mortal danger in their native countryâ€”here. We were glad to have them. And it was truly a remarkable thing to know that our rather secular household could bring folks of so many different faiths to the table; Muslims, Christians, and the secular humanist variety.

The only problem was that whatever cold that was going around decided to choo-choo-choose me this week (this despite a powerful dietary regimine, a near OCD system of hand-washing, and a flu shot, although that this cold only kicked my ass for three days rather than a week I think says something for that). I began to notice it about on Tuesday evening and was probably most destroyed by the thing on Thursday. Any other occasion I would not have shown up; I would have spared these people my feverish presence. But I wasn’t missing Thanksgiving. I just got a box of Alka-Selzer plus and downed one every couple of hours. I also discovered that glÃ¼wein has great medicinal properties. 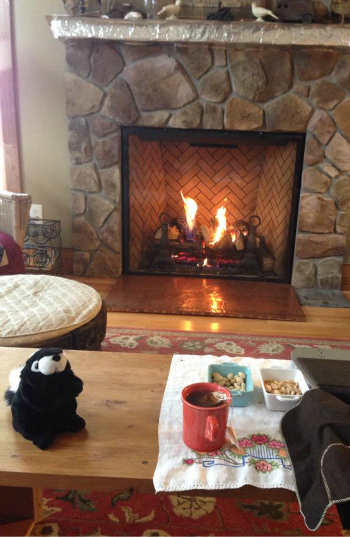 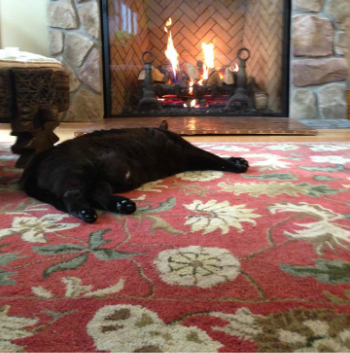 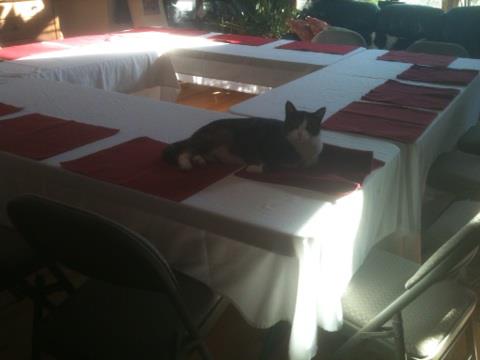 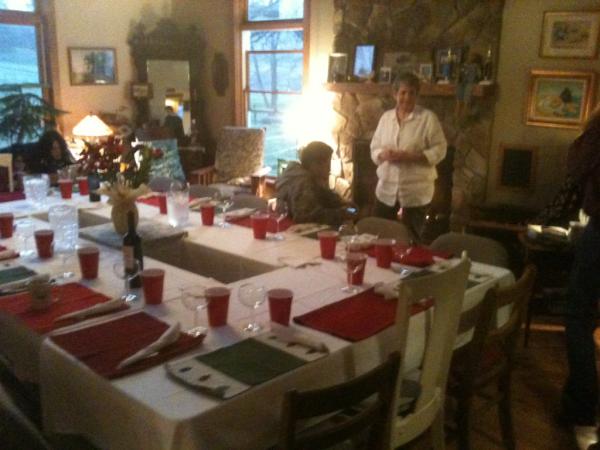 I’m gonna pepper spray everyone I know with love and gratitude this week. Wait. That sounds wrong for a reason or two.

I now know through keen scientific observation that when one dumps a half a packet of Menthos into a two-liter bottle of Diet Coke, a fountain erupts from the bottle. Learning such things first-hand is one of the joys of keeping younger people around. Will, Dad, and I went to the market specifically to purchase several bottles of Diet Coke and a few packs of Menthos, just for this purpose. In fact, for what other reason does anyone actually purchase Menthos?

Anyway. I am here in up-state New York. It is nice. It is nice because I am no longer in a city where an old man will scold you for suggesting that he might move away from the subway doors to let other people onto the train. It is nice because my Pops is smoking the turkey outside today, so the house smells good inside and in some locations in the great outdoors. There are horsies here and chickens and cats and dogs and books to read and GlÃ¼wein in the slo-cook. And there are more Diet Coke bombs to be made.

I am not very good at the game some call “Balderdash.” I can’t help it.

My baser instinct to go for the laugh rather than for the strategically realistic fake definition always kick in. I’m glad for that because my definitions can usually take a crowded room down in laugher.

The word was “elasmobranch.”

My definition was: “What you get when you put a tree into a supercollider.”

I love Thanksgiving. I adore it, for many reasons. It happens during my favorite time of the year. It is a reasonably secular holiday. And, best of all, it involves gorging yourself on meat and sides of starch and wine.

As per usual, I was in charge of the green bean casserole, and of picking up the Gonfalon contingent at Dulles. This was an oddly special Thanksgiving because not only did my Dad come down, but my Mom drove over. I think it’s the first time I’ve seen the two of them in a room for a long time. It wasn’t even weird, not attall. Actually, it was nice.

I like the sentiment of Thanksgiving, too: Counting your blessings. It may sound trite, but many of my blessings were sitting down at the dining table with me tonight. I have many other things I’d count asblessings, job, home, people, and other stuff I don’t need to bore you with. It’s been a good day to take it all in and let it drive me a little.

I am full of food. And that is excellent.