My Dad and I have a similar dilemma. We are serial binge watchers of a television program called The Gilmore girls. When you are, what happens is that you get the show’s theme song lodged into your head. Thanks to Stephen Colbert, we have been able to plug off this nuisance “We’ll Meet Again.”

Which, as he reminded me this weekend, caps then ending of a little film called Dr. Strangelove or: How I Learned to Stop Worrying and Love the Bomb.

So, that was sort of a theme this weekend.

Oh, by the way: Zappy Birthday. 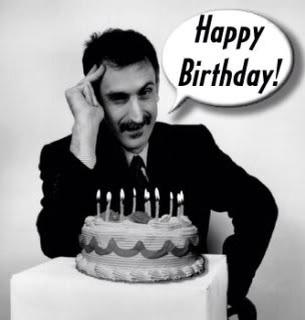 You might want to listen to this rare acoustic jam between Frank Zappa and Shuggie Otis. On the Johnny Otis show, of course.

I for one am sad to see the Zappadan holiday end. I always appreciate the opportunity to listen, to research, and to reflect. I raise a cup and I say, “Next year! In Montana!”

Raisin’ it up….waxin’ it down…

One of my favorite Zappa productions is “I Come From Nowhere” from Ship Arriving Too Late to Save a Drowning Witch. I mean, this song. The absurdity. The voice. The raucous send-up of arena rock.

In Zappa’s time, this was strictly a studio production; he never performed it live.

His son, however, thought it should be taken to an audience. Not only do you get that with this clip, but you get a really great story to boot. Here we go, kids. “I Come From Nowhere” by Zappa Plays Zappa.

Did I mention that I am really looking forward to Dweezil’s new album?

Watch these kids riff on Son Of Mr. Green Genes.

It will be the most fun you’ve had all day.

This clip is great but even better when you know that Soupy was an early freak (he used to attend Mothers shows in LA, before the band even went to New York) and was among those featured in the collage of We’re Only In It For The Money.

That’s how much the Ikettes were paid each to perform background voices Apostrophe and Over-Nite Sensation. 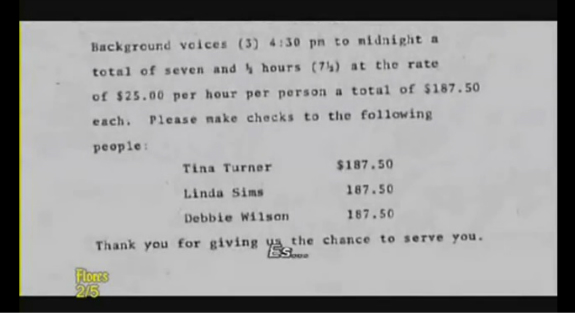 This was reportedly at Ike’s insistence. He also insisted that they not be credited on the album. 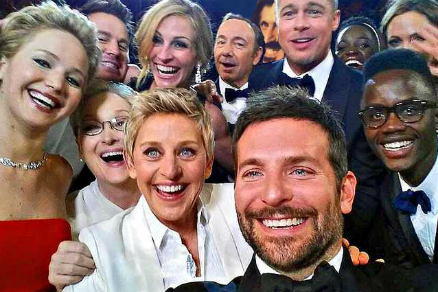 It’s not even a good chop. But that’s okay.

Speaking of which, here’s like everything you could ever want to know about that crazy, crazy little film, courtesy of pdxfilm.wordpress.com: FRANK ZAPPAâ€™S 200 MOTELS!

In 1963, a Swedish instrumental band called The Spotnicks, named of course for the Russian satellite Sputnik, charted in the United Kingdom with a song called “Hava Nagila.”

It was the Spotnicks’ original drummer Jimmie Nicol who famously rescued the Beatles’ first world in 1964, playing 8 out of 13 shows for an ailing Ringo Starr, and then later filled in for Dave Clark of the DC5 and who, indeed, inspired the Beatles’ song “Getting Better.”

The Spotnicks wore spacesuit outfits on stage. They released 42 albums.

And, on the b-side of a record called “Diamonds,” they covered “Lumpy Gravy.”

Well, actually, they covered “Duodenum” and called it “Lumpy Gravy.” Whatever.

If you get a minute, you should go to Amazon and search for an album called Good Singin’, Good Playin’ and see the gushing reviews.

The accolades for this 1976 release are endless. And, they’re right! I mean, I wouldn’t choose to put this album on over, say, Presence. But it does what it says on the tin. Even the oddly relevant “Don’t Let ’em Take Your Gun” is listenable, and I’m beyond amazed it wasn’t snapped up as an anthem by our friends in the Tea Party.

The reason we did the Frank Zappa thing was, we saw 2000 Motels and he mentioned Grand Funk Railroad in that film. And we went, â€˜Letâ€™s call Frank and see if he wants to produce a record,â€™ and we did, and he did! Are you kidding?! Frank Zappa wants to produce a Grand Funk record?! I thought he brought a lot of good stuff to the table there. We were going through a lot of problems in the band, and we had kinda gotten off track with what we were trying to do. That whole disco thing was really screwing everything up, and we didnâ€™t know what way to go. When Frank came in he just said, â€˜Why donâ€™t you guys just do what you do.â€ And he came up with the title, Good Singinâ€™ Good Playinâ€™. It was a kick working with him, I loved it. Went over to his house and met his family – Dweezil, and the crazy kids, Moon and all that stuff. It was just a really fun experience.

And, today, 34 years ago, they told me John Lennon had been assassinated.

Considering the weird way that Zappa’s work and that of the Beatles intertwined, I thought it might be worth mentioning. Not to mention that it’s an excuse to link to Zappa’s Beatles medley.

January 15, 1987. The Beastie Boys are guests on Late Night with Joan Rivers. The boys perform “Fight for your Right to Party,” then they drive Joan a little crazy.

Then at about 9 minutes, Adam Horowitz claims to be a Zappa.

Now, here is the late great Joan Rivers interviewing the man himself. Notice that he asks her out-of-the-gate not to disparage his childrens’ names, and she promises not to and then proceeds to do so anyway.

This world is certainly going to miss Joan Rivers.

A few notes, incidentally, regarding the Zappa family nomenclature:

Moon Unit: “Luna” is a popular name worldwide; it is often an Italian name, derived from the Latin, and it means “Moon.” Not sure why this popular name gets “weird” when it is translated to English.

“Unit” was meant to signify that Moon’s birth cultivated the Zappas as a family unit. Seen in that light, it seems endearing.

Ahmet Emuukha Rodan: Named for Ahmet ErtegÃ¼n, founder and president of Atlantic Records. “Emuukha” is from the group of musicians who recorded Zappa’s first solo record, Lumpy Gravy (he was not contractually allowed to appear on the album, being still signed with the Mothers, so he collected a group of musicians to play on the record and called them the Abnuceals Emuukha Electric Symphony Orchestra).

Rodan is this guy: 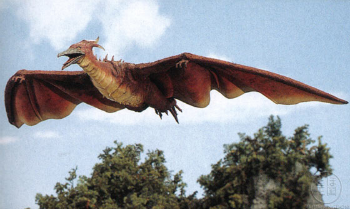 …and what kid in his right mind would hate being named for the creature that gives Godzilla a difficult time?

Diva Thin Muffin Pigeen: Frank said Diva was named as such “because of the loud quality of her voice. She’s audible at 300 yards.” I can’t really explicate the rest except for Zappa’s chronic use of the “muffin” in his music. I speculate that by this time Zappa had really embraced the concept of AAAFNRAA and just went with it.

Regardless, it’s a shame. The uninitiated know Frank Zappa for a few surface things. His kids have weird names. He had long hair and that Zappastache. He did that yellow snow song and “Valley Girl.” They also might know the myths. No, he did not take a dump on stage. No, he did not do drugs. Ever. No, he is not the son of Mr. Greenjeans or Captain Kangaroo.

There’s so much in the Zappa universe. It is vast. And it is eminently valuable. It’s a shame if people allow something as trivial as weird kid names to block them out.