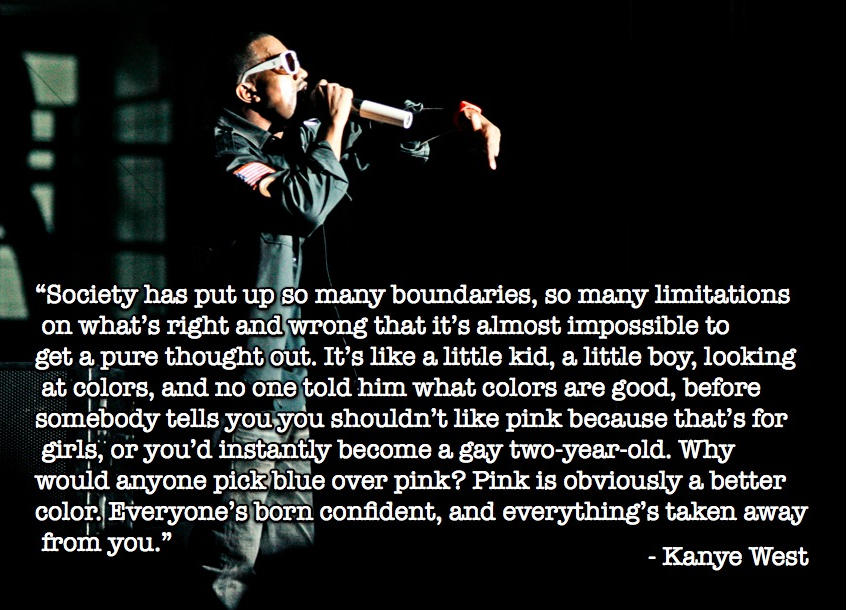 For a guy who performs “music” that I neither like nor understand, Kanye West occasionally stumbles into wisdom.

In other news: Football season is over. Congratulations to the team that is not the only citizen-owned sports franchise in the United States of America on the victory.

One thing I enjoy about Rochester: You are allowed to root for any football franchise you like. Can’t tell you how much crap I took as a kid for wearing Steelers paraphernalia having just moved to Northeast Ohio from Pittsburgh. Here, you see fans of every stripe. Just recently saw a fella sporting a jacket regarding the Cleveland Browns, who I think it should be said indirectly won the Super Bowl last night and by the way it’s the closest they’re going to get to it in a long time ha ha.

For me, it’s a short list. Packers first because, as just mentioned, I like their business model. Then, I reckon it would be the Stillers (as it is actually pronounced) because if I have a bead on any sort of home, it’s there. I like New Orleans, though I’m generally against their hits-for-hire policy and think even though it’s been settled those players will wear it like Shoeless Joe Jackson wore 1919. And, I know it’s not cool for some reason to like Dallas, but their brand of football is certainly fun to watch.

And the Bills, of course. For what it’s worth.

Of course, I think the best thing about the Super Bowl is that once it’s over, we can all stop screwing around watching this hideous sport and start paying attention to college basketball, which is what’s really important.