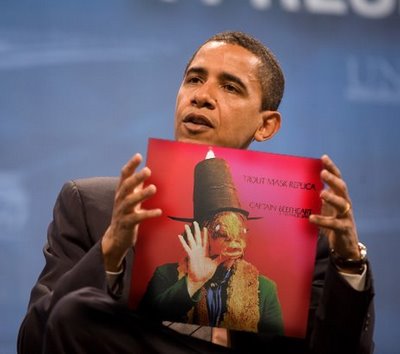 On December 17, 2010, again as we celebrated the rich mosaic of a holiday known as Zappadan, Don Van Vliet, or Don Glen Vliet, or Captain Beefheart, became among the legions of the Zappa cosmos that finally stopped refusing to die.

I must admit that I do not know enough about this Beefheart character. I know that Frank Zappa loved it when he sang. And I know where there is a good Beefheart documentary on YouTube.

I also know that watching the documentary makes me want to own and listen to more Beefheart.

Such as the Magic Band’s first album, Safe as Milk:

(Graphic embellishment was stolen from Oscars Wild Years and was not hotlinked.)