I stopped by the Record Archive over the weekend looking for storage solutions for vinyl. I ended up perusing the 2 for $5 used compact disc section and scored two, count them, two Dance Hall Crashers releases, “Honey, I’m Homely,” and “The Live Record.”

One of the greatest shows I’ve ever seen was DHC. In San Francisco. At the Filmore.

Of course it’s the old stuff (“1989-1992”) that really gets me. There is a precision to this band’s rhythm work that is unique, and oy, Elyse Rogers and Karina DenikÃ©…those voices. There is a seeming dichotomy to matching those harmonies with the backbeat, but the parts fit.

I learned, too, and did not previously know, that DHC started as a post Operation Ivy project, fronted for like five minutes by Tim Armstrong and Matt Freeman. That’s right. Friggin’ LINT named this band.

As just so happens, I came across this historical document of that same fella tracking down and interviewing the band. This clip is a nice look at that scene at the time.

By the way, the DHC sound? That’s certainly not all that Karina DenikÃ© can do.

I’ve always liked to imagine that Gwen Stefani was influenced by these kids.

Look, everybody! It’s John Paul Jones with a banjo! 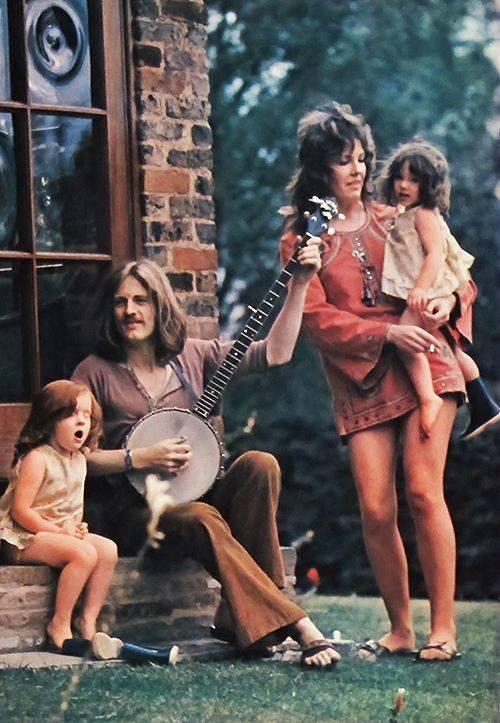