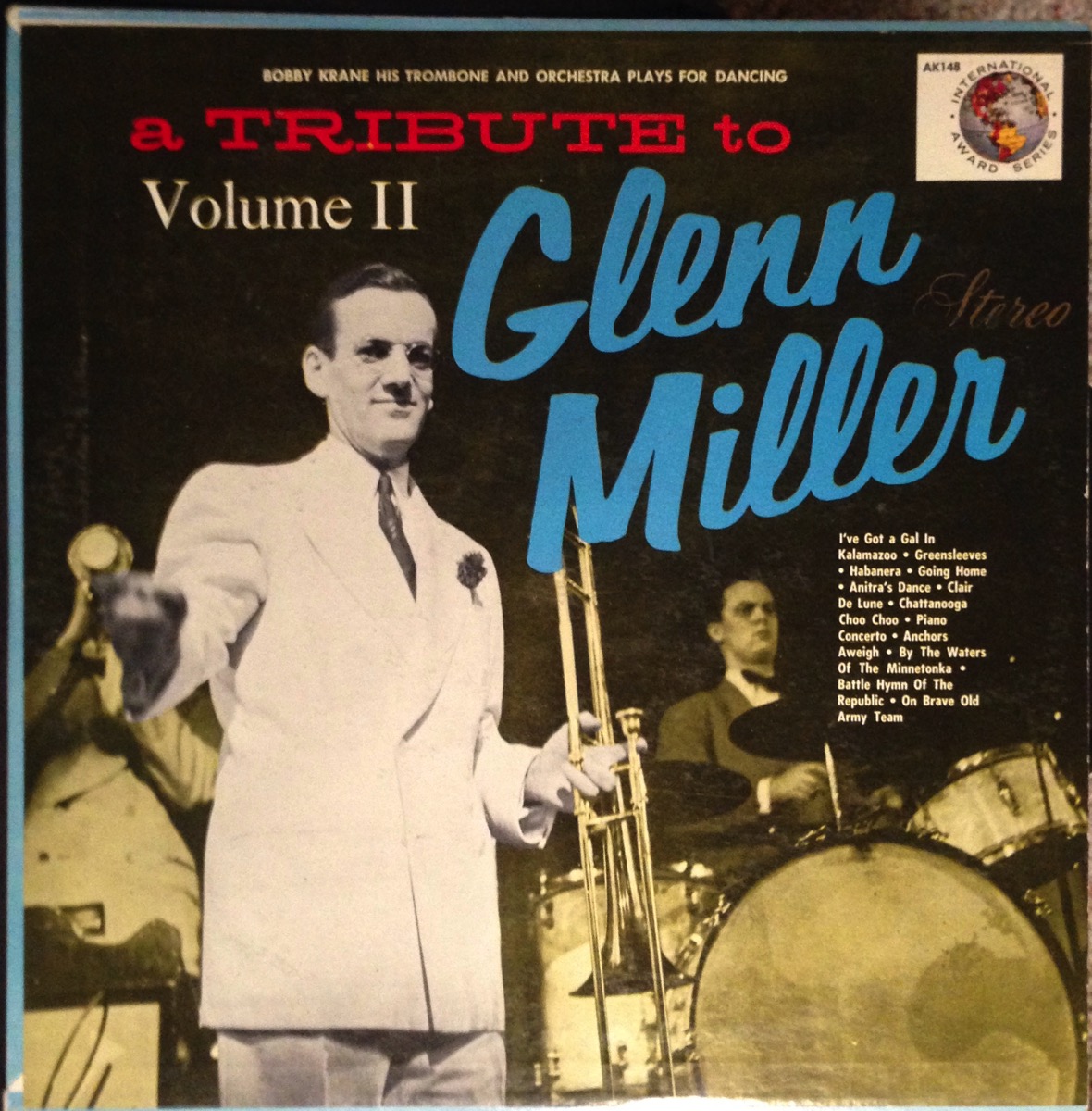 For maybe decades, this languished in my Grandmother’s basement somewhere. She had long ago lost interest in her victorla, I reckon (she used to have one, I remember this, but she’d long disposed of it I think). I am listening to it tonight and it is pretty great. It’s no Illinois Jaquet, but it’s pretty excellent. Maybe some historical interest in it too, as it is a tribute, released posthumously I assume. I had a conversation with her when we visited her on her birthday a month before she died. I asked her what it was like when Glenn Miller died. It was awful, she said. They had no idea what had happened to him for a long time (Miller died in a downed aeroplane returning from a campaign of entertaiing our troops). I was trying to imagie the scope of the death of such a valued figure in popular culture, because Prince had just died, and I was trying to explain his import to me and to relate to something equivalent she had experienced in her life. Anyway, so it’s appropriate that I have absconded with this fine Miller tribute. It plays fine. P.S. Vinyl is still worth the real estate.