Today is Dec. 4, or as we call it around these parts, “Bummernacht,” the first day of Zappadan. It is called “Bummernacht” because it is the anniversary of Frank Zappa’s death. Zappa died 24 years ago today. It is also known as a day when many bloggers use the phrase “for the uninitiated…”

I think yinz understand the concept. It’s another good idea we’ve borrowed from our Muslim friends, such as algebra and observing objects in the sky with telescopes to draw rational conclusions about the universe. Ramadan. Zappadan. Both really really long observances. But with Zappadan, no fasting!

In fact, one has unlimited license during this time to heat up yer stovetop, burn a weenie to a crisp, and slap it onto a slice of bread.

But do so with caution.

That kitchen of yours may be dangerous.


From Wikipedia, the free encyclopedia (as quotated Dec. 4, 2009, at Fried Green al-Qaedas)

This article is about the Zapptist celebration during the opening of Zappadan.

The first (or 17th) day of Zappadan was originally known as EnttÃ¤uschung Nacht – German for ‘bummer night’ – but over the years it has been Americanized to the much simpler BummerNacht. This being the anniversary of Mister Zappa’s death, the original meaning is rather obvious, and we shall not delve further into it here.

Far from being a day of mourning, however, it is a day of great joy, for Zapptists know that a mere seventeen days later, on December 21st (Zero Day), Frank Zappa was born.

Traditionally, children are not allowed to participate in the celebration of BummerNacht, although teenagers are winked at if they decide to ‘run down to the library and not return until some ungodly hour of the night’. Celebrants are often seen cavorting to the exotic sound of the Mystery Horn while gorging on burnt weenie sandwiches and guzzling white port and lemon juice.

For me, Zappadan has traditionally provided a creative spark and a fantastic opportunity to mull in the Zappa. I have spent Zappadans in reporting mode, finding tidbits from the Miles biography to share. I have spent them in music appreciation mode, absorbing The Yellow Shark one year, and simply focusing on the Mothers era yet another. Zappadan began as a mere blogswarm. I think for many a fan, myself included, it has become a genuine installation of the holiday season. Thanksgiving. Zappadan. Hanukah. Kwanza. Christmas. Festivus.

So let me begin this year by saying this: I love Frank Zappa.

I am a second-generation freak. My Dad was introduced to an album called Freak Out by a roommate. My Dad in turn played me the song “Who Are The Brain Police” when I was 3.

It gave me nightmares.

Later, as a teen, I glommed on to Dad’s copy of Only In It for the Money, then later Freak Out in college. Zappa’s rebellion and his contempt for people like my then freshman roommates, really rang a cord with me at the time. Mister America, walk on by…

But it was on a bus trip back home for the holidays that I really came to love Frank Zappa with a little thing called Burnt Weeny Sandwich.

Have you heard this thing? It is glorious. 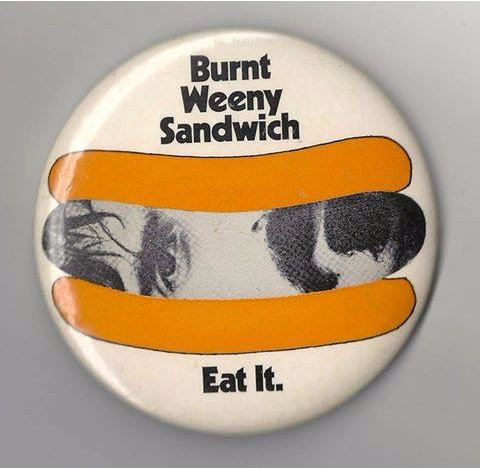 So several years ago, I became aware of this thing called “Zappadan.” And it has only grown and swelled until it is a TASTY LITTLE SUCKER. I see actual RADIO STATIONS observing the Zappadan. We see Zappadan generally celebrated outside of the grander blogosphere. Pretty nice for a one-time cute little blogswarm.

But hey. Enough of my yackin’! What’dya say? Let’s boogie!