…because it’s Friday ya bastids…

Agent to Paul Giamatti: How about a Verizon commercial?
PG: Meh.
Agent: With Cecily Strong?
PG: Hmmmmmm.
Agent: You get to play funny Einstein.
PG: When do we shoot

As a blogger, I have been telling you people that the Republican party is a useless, decrepit, stinky, corrupt, dangerous, rotting pile of stinky rotting matter for a long time. A long time. I have been saying it in person for even longer. If you didn’t hear me before, let’s say it again:

Ten, maybe 20 years ago, I was marking the Republican Party with my pee. I was warning you. I was preparing you for the exorcism we are witnessing now.

One lovely thing to have happened due to all this nonsense with the House Speaker election (the nominated TFG FFS) is that the Democrats have proven the the smartest MFs in the room. We are united. We give Hakeem Seikou Jeffries vote after vote after vote. He is gonna wear a cap one day that says 212 or better yet he’ll have it tattooed on his ass. 212. I am Hakeem. My new number is 212.

I am not sure when I have been more happy or proud or beaming with nuclear energy to be a Democrat. Our caucus recognized the power of unity and the character of our leader and we buckled down and took the strength. If this was arm wresting, we stabbed their wrists to the mat. If this was baseball, we caught that fly ball. If this was jazz, we were Charlie Parker.

But it was not those things. It was politics. And we were Democrats. And we won and continue to win.

McCarthy has never been a good name in Republican politics.

Have you no sense of decency, sir?

Have you no sense of decency? 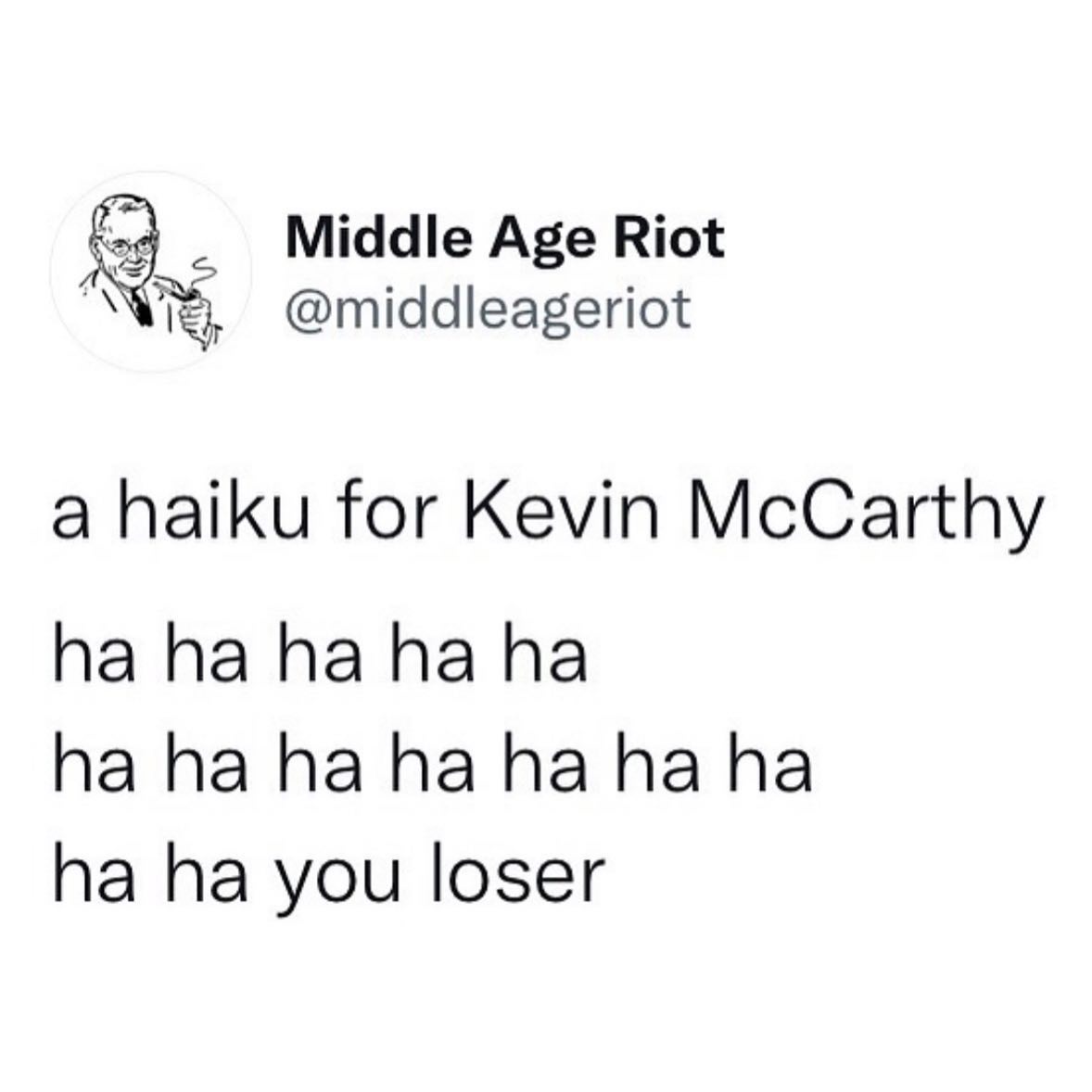 Culinary Breakthrough: I have graduated to the sort of tofu eater who can just throw a few cubes of it (well-pressed, of course) into a salad right from the fridge. Good stuff!

One of the best in the biz just met her deadline. #30#